READ ALL ARTICLES
THE BEST OF ROME AND LATIUM

The modern or contemporary trattoria is a genre that in recent years has been finding more and more space, also thanks to young performers who have been able to insert themselves, with determination but always with respect, into the scenario of traditional trattorias to innovate it. There are no scientific canons that classify a place in the category of modern trattorias, but one can recognize the elements on which the philosophy of some restaurateurs is based and the identity of their places that have successfully positioned themselves in the genre : the atmosphere is informal, with a classic room but with attention to detail; the menu is built around traditional dishes that acquire a more modern meaning – without being revolutionized – with particular attention to the rediscovery of the fifth quarter and the less noble parts of the animals; in the wine list there is plenty of room for natural, organic and refermented products, which often become the real protagonists. The skill required of the restorers of these modern trattorias is to stay balanced on the delicate thread that unites tradition and innovation, their tools are a great knowledge of the history of the dishes and the raw materials and the technique, used to remove the patina of classicism and create a proposal capable of intriguing even the most conservative.

Brothers Manuel and Nicolo Trecastelli they regenerated their restaurant through Alessandro Severo, between Christopher Columbus and Garbatella. Originally born as Trecca Bistrot, the restaurant was refounded and renovated in 2019 according to the new philosophy of “Market Kitchen”. The interior spaces recreate the atmosphere of trattorias with details such as the fountain in the room – initially managed by Nicolò, now the soul of Circoletto – or the large blackboard that dominates with the daily specials, prepared in the kitchen by Manuel . The proposal starts from ancient Roman cuisine, historical recipes and what the two brothers define as “table gestures that belong to the culinary history of our childhood”. Great attention is paid to the raw material with products from an extremely short supply chain – built almost obsessively by the two brothers – which make up a short and efficient menu: a base of six starters, four starters and four second courses with almost daily change to follow the philosophy of market cuisine. There is a desire to rediscover traditional dishes that have been somewhat forgotten, presented in a lighter form – both in preparation and in size – such as veal brains à la romaine, grilled pajata with potatoes, chicken in the Rigaje skillet, pappardella with mutton ragù or pannicolo ragù. There is no shortage of traditional starters and are distinguished by the refinement of the ingredients used. The wine list has a strong impulse towards the world of refermentation, with a large number of small nuggets to discover.

Opened in October 2019 on the edge of the pedestrian zone of Pigneto, Pastors tells Rome about the territories and stories of transhumance through a circuit of producers brought together by Angelo DelVecchio. The strong narrative nature of the restaurant draws on two elements: the restaurant and the kitchen. The first was designed to recreate the illusion of a stable, with realistic paintings printed on canvas and painted by hand, two square wooden social tables and ceramic plates made in the municipality of Castelli, in the province of Teramo. The burden of telling the tradition of Abruzzo in the kitchen is entrusted to Andrea Nepa, which offers a menu focused on local products, protagonists of dishes such as roasted cod and peppers, sagne with clams, Navelli saffron and Altino pepper, pecorara rings, pear sorbet in oil by Masciantonio. What makes the difference is Angelo Del Vecchio’s research on raw materials, this circuit of small local producers that he knew how to build meticulously: with a few farmers from Abruzzo, he took over the cultivation and transformation of pear tomatoes, he involved the Liquorificio d’ Abruzzo of Ovindoli to work with wild herbs and launched a project to recover the native sheep of the Apennines for arrosticini and other preparations. 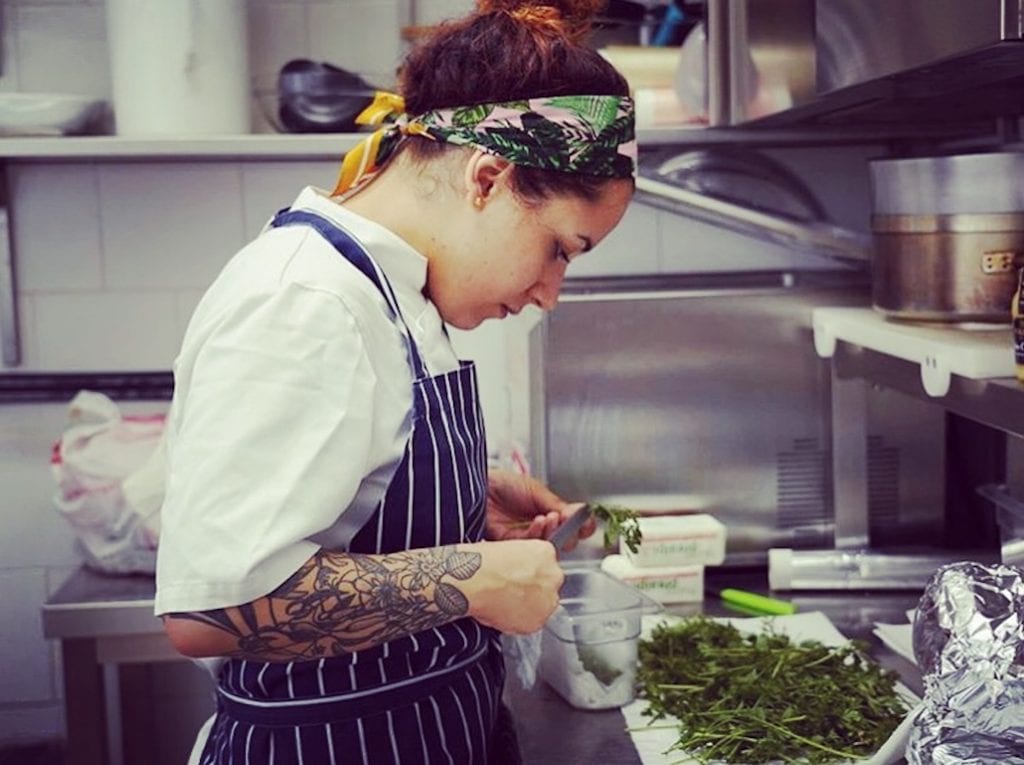 The soul of Santo Palato – opened in 2017 in San Giovanni, one of the first trattorias of its kind – is Sarah Cicoliniof Abruzzese origin but resolutely Roman by adoption, which according to the adage “It must be the trattoria” has placed his restaurant among the best-known addresses in Rome (to book, you have to be patient and have a diary). The distinctive elements of the cuisine of Sarah Cicolini – who in her course has two experiences of Metamorphosis with Roy Caceres and of Sbanco, the pizzeria with cuisine by Stefano Callegari and Marco Pucciotti – are undoubtedly her technique and precision in the kitchen, essential to re-propose traditional dishes in a new form. The varied menu with reinvented starters – the meatball alla coda alla vaccinara with lovage and cocoa has now become iconic – turns to the classic first courses and reaches the cult of the fifth quarter, presented in a decidedly evolved form, as in the terrine of beef tongue and tail with marinated vegetables and green sauce or in pan-fried beef heart with cream of smoked red turnip and late radicchio. The wine list has a limited number of references, almost all natural. 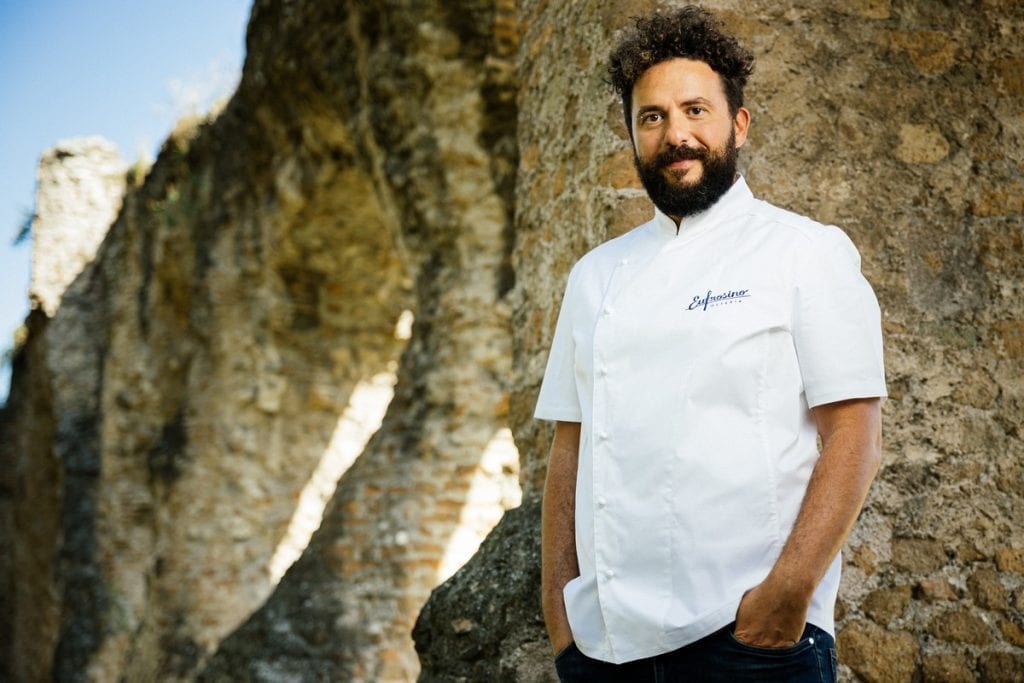 Eufrosino opened in 2020 in the popular district of Tor Pignattara. Behind the project there is Marco Pucciotti, while in the kitchen Paolo d’Ercole, which enhances traditional Italian recipes. The idea is to promote the history of Italian regional cuisine – and not just Roman cuisine – through research that reconstructs the ancestral memory of the dishes within a menu that is constantly changing to make room for everyone. The proposals draw on popular Italian culinary heritage, including risotto and bagna cauda, ​​tagliatelle with meat sauce and Puglia bombette, stigghiole and soups, offered in a lighter version but according to a precise philological work to adhere as much as possible to the original version of the recipes. The restaurant has a gravel floor, on the walls are frames dedicated to hunting and fishing, the tables and chairs, from which you come into contact with the open kitchen that is on the side of the room, are in walnut wood. 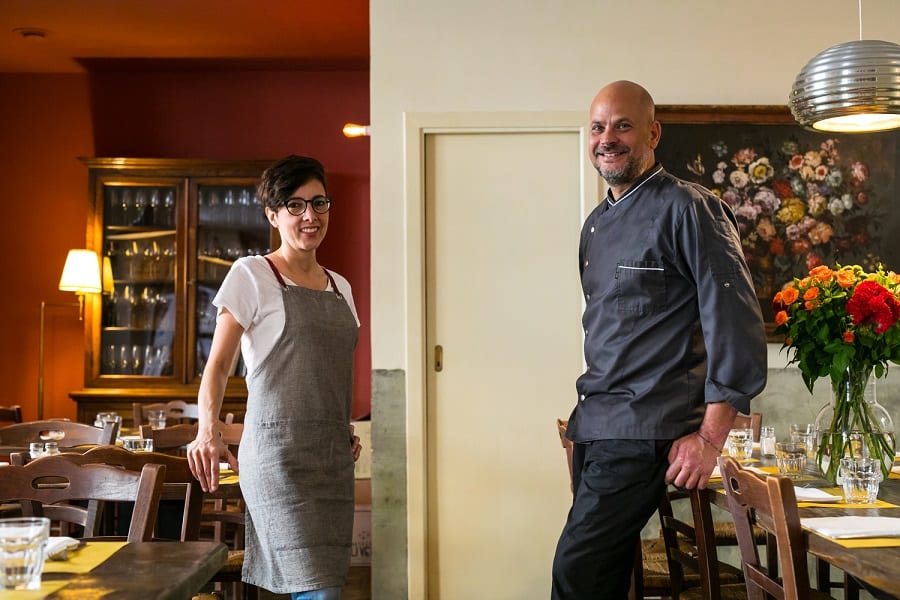 Open in the region Ostiense in 2017, Trattoria Pennestri has become one of the reference addresses for restaurants in Rome, in a district that has experienced a real boom in openings and where it is easy to get lost in the infinite variety of places. Behind the project Tommaso Pennestriin the kitchen, and Valeria Payero, in the dining room, which have created an informal and warm atmosphere, with raw wood tables and paper placemats that contrast with the particular attention given to the dishes. The proposal is inspired by tradition with a slight reinterpretation of the classics of Roman cuisine, such as offal, fried egg, cod, lamb, chicory fusilli, spaghetti with broad beans and sausage. Also in this case, great attention is paid to the selection of suppliers, personally supervised by Tommaso Pennestri who is inspired as much as possible by small, little-known realities. At the entrance, on the right, is the bar with the selection of wines – especially natural ones – curated by Valeria Payero. 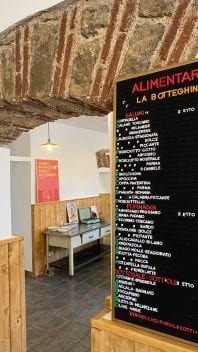 A trattoria from the past in a provincial reality but with a strong punk spirit. And that DLR – After recreational work. True to Linethe restaurant opened last year from Jacopo Ricci at Frascati. After Jacopa’s experience, the chef who worked with Antonello Colonna and Anthony Genovese returned to the hills of Alban to bring this project to life, guided by scrupulous ethics on raw materials and suppliers. The idea was to recreate an old trattoria, in a provincial reality that allows daily dealing with the relationship with local suppliers. Elements that make up a contained proposal – four starters, three starters, three seconds – with careful work on the raw materials to push the traditional flavors of the region, even through complex processes, such as for the dried pork liver with which to prepare ravioli or duck in fig leaf with plums preserved in a solution of blood and alcohol. The restaurant is designed with a thousand references to the past: paneling on the walls, Richard Ginori crockery, old tavern tables renovated with marble tops, Milan chairs by Thonet, old Campari plates, green wall lights and modern antiques and the “Faithful to the Line” of the sign which is a true statement of intent. 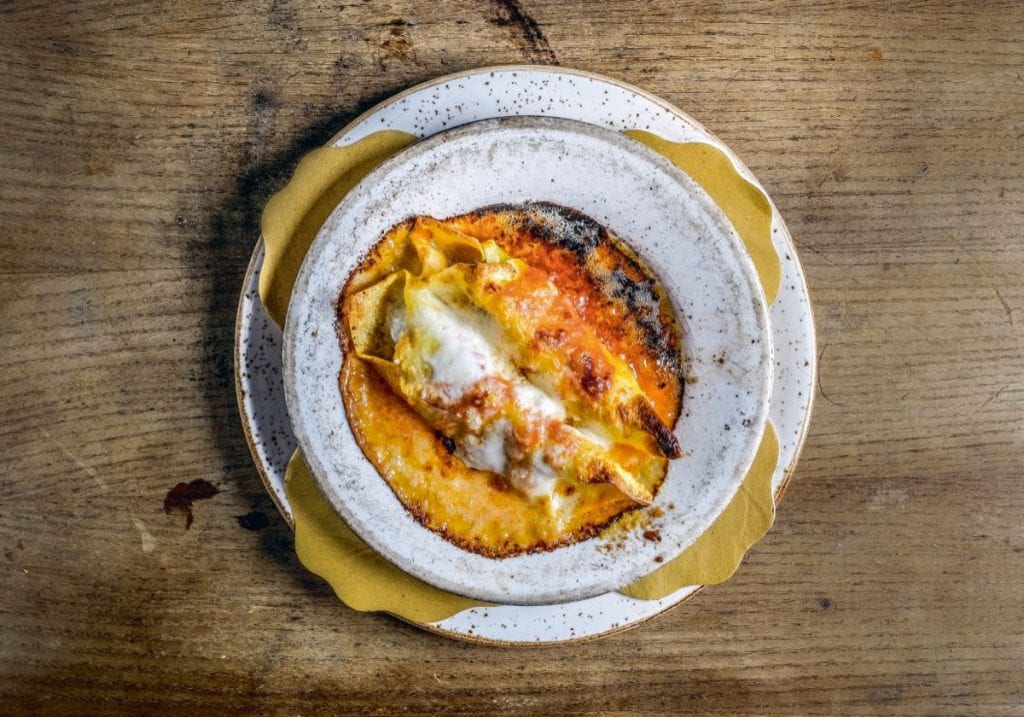 Of Sora Maria and Arcangelowhich is in Olevano Romanoa small town in the province of Rome, the absolute protagonist is the son of art Jean Milana, a great cook and above all a great selector of excellent raw materials, whether meat, vegetables or wild herbs. Arcangelo e Sora Maria is one of the trattorias awarded with the three prawns of the Rome Guide and the best of Lazio 2022 by the Gambero Rosso, recognition obtained for the first time in 2014 and confirmed every year thanks to the great work of Giovanni Milana. The proposal starts from more traditional dishes – cannelloni are the restaurant’s most emblematic dish – and comes to less orthodox dishes, which have a more decisive character in techniques and combinations, such as brada mutton with more than thirty days of maturation , served with glazed cauliflower and wild spinach, or wild boar flavored with wild myrtle. The wine list is built around the labels of the territory.