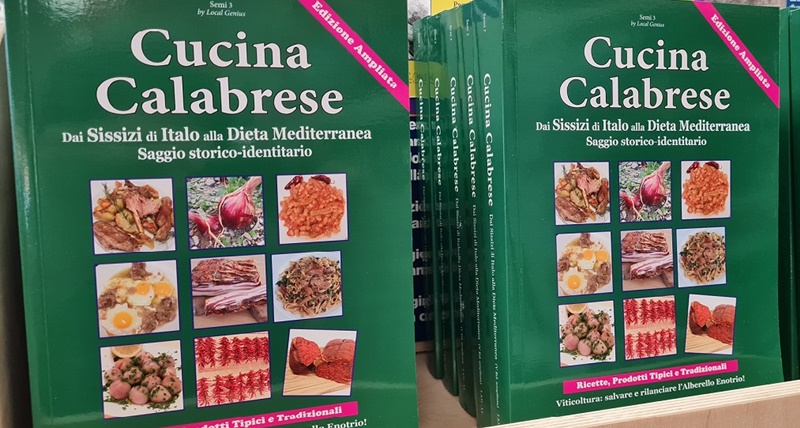 Published by Local Genius, a publishing house of Catanzaro, the new edition of the “Cucina Calabrese” volume, completely revised, updated and expanded with different identity recipes

Occasional research work in the various territories of the region has enabled us to dwell on the dishes of the Arbëreshe culture (Panaghìa; Dromësat; Shëtridhlat), on Struncatura, on the wild artichokes of Brancaleone, on the mushrooms of the Château à Stilo, on the Sauza di Fave in Cirò Marina, on the legendary Sardella prepared in different ways on the Ionian and Tyrrhenian strips, on the Pitta con la Sardella, on the Morzello di Catanzaro, on the salami of Suino Nero About 550 full color pages and on glossy paper, with hundreds of color photographs of urinals. Large section dedicated to typical and traditional products, starting with DOP and IGP products. Recipes explained step by step to learn how to make them even at home. A fundamental tool for gourmets, restaurateurs, nutrition experts. 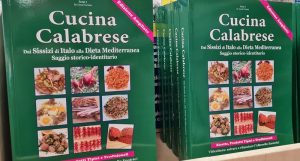 ‘Cucina Calabrese’ also contains a comprehensive introductory essay by journalist and essayist Massimo Tigani Sava, titled ‘From Sissizi d’Italo to the Mediterranean diet’. The mythical figure of Italo, king of the Enotri, is associated by historiography and literature of antiquity with the invention of the Sissizi, as in the case of Aristotle in “Politics”. Contemporary historians and archaeologists, who have studied for example the enotri settlements of Sibaritide, have considered the Sissizi as an important evolutionary moment of an agricultural and agri-food dimension in which the collection and preservation of foodstuffs, as well as communal meals , were carried out socio-economic functions of strategic importance. Massimo Tigani Sava starts from Sissizi d’Italo and, with continuous and punctual references to the most authoritative archaeological and historical studies on ancient Calabria, goes back the millennia to dwell on some of the main identity and cultural traces of agribusiness and food in a land then it became the homeland of the Mediterranean diet.

The full-bodied and documented essay, spanning the centuries, refers to the relationship between the mythical legislator Zaleuco di Locri and the zero kilometer philosophy; to the luxury and splendor of Sibari, which recognized a leading role in its leaders; to the fundamental intuitions of Pythagoras and the Pythagoreans, from the Superlative School of Croton, with reference to the science of nutrition, dietetics, vegetarianism, food prohibitions; to the text of the Senatus Consultum of Bacchanalibus found at Tiriolo, as well as to the Locrian pinakes, in relation to the Dionysian cults and the culture of wine.

And speaking of oenology and viticulture, Tigani Sava opens a discussion on the historical role of Enotri, in Calabria 3,500 years ago, in relation to the cultivation of life with a dry perch, introducing the concept by Alberello Enotrio. Particularly suggestive are therefore the references to the Variae by Magno Aurelio Cassiodoro, a native of Scolacium, containing several passages on the agro-food wealth of Bruzio at the time.

But the great intellectual who worked at the court of the Goths in Ravenna was also the founder of the Vivarium which, in a magnificent part of the Gulf of Squillace, housed fish farms in sea water using specially identified and modeled basins in the promontory. of Stalettì: a first admirable example, in the West, of sustainable fish farming, but at the same time a guarantee of high quality and authenticity of the fish.

Going through the centuries, we come to the figure of the immense Tommaso Campanella di Stilo, who in his utopian work “The City of the Sun” gives a central place to agriculture and food. Knowing the art of the land, between cultivation and breeding, is for Campanella a decisive moment in the formation of the Solari, and at the same time, nutrition is based on a detailed and scientific knowledge of the food chain. Campanella, writes Massimo Tigani Sava, in fact introduces the concept of certified quality foods, like the current specialties Dop and Igp. Very significant, therefore, are the pages dedicated to Vincenzo Padula di Acri of the 19th century, an enlightened priest who, in the pages of the periodical he directed and compiled, “Il Bruzio”, wrote indelible pages on the domestic breeding of pigs, as well as on the production of licorice, in certain freestones the place of indiscriminate exploitation of a predominantly female workforce. We come to Corrado Alvaro, the greatest Calabrian writer of the 20th century, a native of San Luca. In “Gente in Aspromonte”, the very sensitive narrator and journalist describes the relationship between Calabria, the breeding of black pigs and the role of charcuterie, in particular charcuterie, a symbol of wealth and mastery power. The essay entitled “From the Sissizi of Italo to the Mediterranean diet” focuses on many other historical references to the ancient culture of food in Calabria, and some pages are devoted to the ideas of Ancel and Margaret Keys, scientists Americans who also study at Nicotera. healthiness of the Mediterranean diet. The figures of San Bruno and Gioacchino da Fiore are recalled to build the image of a Calabria, embraced by God and by Nature, which for almost four millennia has been a region in which agribusiness and food have reached real heights of excellence.

The volume is on sale at newsstands, bookstores and on Amazon.