We asked the main competitors of Palazzo Madama in the single-member constituency which also includes the province of Ravenna for ideas and solutions that the new Parliament will have to put in place to help families and businesses towards the fall.

What are the parties vying for the political elections proposing to deal with the urgency of the onerous bills that will hit the accounts of businesses and households? We interviewed the six main candidates for the single-member Senate constituency in which the province of Ravenna is located (to reduce the audience, we excluded the camps that, according to the most accredited polls, will hardly reach the threshold). We all asked ourselves the same question: what is the most effective recipe for expensive energy, both in the short term but also in the long term to breathe life into families and businesses? We all allowed the same space on the page: one thousand characters, including spaces. Below are the candidates’ responses to Palazzo Madama, in the order in which they were drawn for the position on the ballot.

LEFT CENTER, Manuela Rontini (Pd)
A national energy saving plan with incentives for renewable energies The energy emergency and the unsustainable cost of the bills that results from it are the absolute priority. Without acting on the first, any extraordinary contribution or tax relief, however necessary for families and businesses, will be insufficient. Immediate measures are needed to counter the reckless rise in prices, starting with the European gas price cap. And we need a national energy saving plan, with incentives on renewable energies, with clear rules for those who invest. On such an important and strategic issue, the election campaign has once again exposed the deep furrow between a contradictory and unreliable right and a responsible force like the Democratic Party. I am thinking of the Brothers in Italy: at the national level, they agree on the need to acquire regasifiers, which are decisive in diversifying sources of supply and reducing energy dependence on Russia, while in Piombino the mayor of the same party leads a fierce battle against. So you’re not going anywhere. On the contrary, the Democratic Party, at all levels, speaks with one voice, with coherence: a significant difference for those who are candidates for the head of the country. 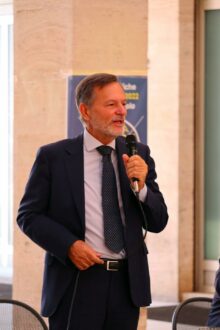 CENTER RIGHT, Alberto Balboni (Fdi)
A European ceiling on the price of all gas And the tax credit is necessary The decree signed by Minister Cingolani for the decoupling of the price of electricity from that of gas is already an important measure that they have been demanding for some time time. Now, the next step must be a gas price cap in Europe: everyone is talking about it and no one is doing it. When the deal seems close, the price drops. It shows that it would be useful. The opposing states are Germany, Holland and Norway: all united by centre-left governments. But these things are not enough. Now we have to support businesses: there are risks of closures and when a business closes, we will never know if and when it will reopen. So jobs at risk. There is a need for tax credit, the additional VAT revenue generated by the same price increases should be used to reduce incoming invoices. And then we must change the rule on the additional profits made by companies in the sector: the money does not arrive in the coffers of the State because the text lends itself to appeals. We say yes to the regasification plants of Piombino and Ravenna, essential to reduce dependence on Russian gas. But not only: if in Croatia we extract gas from the Adriatic, then all the wells available off our coasts must be reactivated. Finally, in the long term, we are in favor of the new generation of nuclear energy. 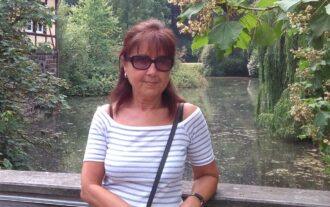 POPULAR UNION, Mirna Testi (Prc)
Budget gap if the surplus of energy managers is not enough With autumn at the door for families and businesses, a period of great difficulty will open due to the unjustified increase in energy that has begun about a year ago. What recipe can be applied to immediately put an end to such a serious situation? Making households and businesses pay the same bills referring to the year 2021, how to recover resources? Through the surplus of companies that manage energy, even when they have, slyly, their headquarters abroad, we only think of Eni, which has achieved a revenue surplus of almost 700% over the first months of 2022. If this is not the case, all you have to do is make a budgetary difference. Obviously, we support the need for a serious and important project that focuses on clean energy which, moreover, would protect us from these speculations that are bringing all of Europe to its knees.

THIRD POLE, Sylvia Kranz (Action)
Start of planning for nuclear power plants The energy crisis is a matter of security Eu Italy is almost totally dependent on foreign supplies of energy sources. In the past, other political forces have said no to everything. For the Third Pole, Lista Calenda, an immediate response must be given to families and businesses, also by resorting to a slight increase in public debt to avoid a much greater recourse to debt to deal with the bankruptcy of the country. In October, it is estimated that one in four companies will close and the ceramic district of Sassuolo has already turned off the kilns, laying off staff. We need: A) the decoupling of the unit price of energy (PUE) currently anchored to the cost of Russian methane; B) the taxation of excess profits of energy supply companies to pay the surplus deriving from their unjustified enrichment and from speculative phenomena for the benefit of users; C) Immediately reactivate our natural gas extraction platforms in Ravenna, today at one-tenth of their extraction potential; D) Install the two regasifiers of Ravenna and Piombino; E) Begin research and design of fourth generation nuclear power plants; F) The energy crisis must become a European security issue in order to cap the price of methane supply. 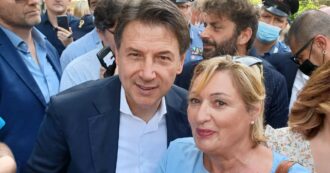 5 STAR MOVEMENT, Anastasia Ruggeri
Common purchase plan instead of price cap And then you need an energy stimulus fund Today everyone is discovering that to respond to the emergency that is impacting families and businesses with unsustainable bills, you need a fund of energy recovery, now the IMF also identifies this solution, we already planned it in March 2022. In addition, you have to divide the price of gas by the price of energy. Everyone talks about price caps, but I think a common purchasing plan is more decisive. If Italy had insisted and nailed our European partners to this necessary solution, we would have become the world leader in the purchase of gas, we would have dictated the contractual conditions. Invest in renewable energies without blackmail. Fossil fuels have always been a source of historical heritage. Our territory has the skills and excellence for clean energy with zero emissions that will give us true energy independence. 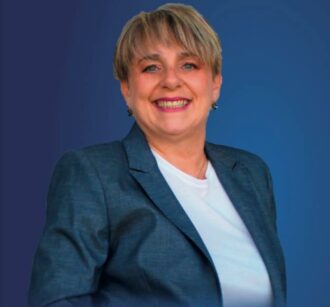 ITALEXIT, Paola Fuschini
Cancel the sanctions and buy Russian gas Via VAT and consumption charges For Italexit it is essential from the start to make a serious budgetary deviation of at least 30 billion euros, as Germany and England, to cancel sanctions against Russia and return to buying Russian gas, guaranteeing existing contracts. To stem expensive energy, it is also essential to fully redistribute the additional profits accumulated by Eni and the other subsidiaries, in order to be able to reduce the cost of public services. VAT and system fees must be completely canceled from household and business invoices. Contrary to what the European and national institutions advocate, the citizen should not adopt improvised solutions (such as turning off the radiators or cooking pasta on an off fire), having no responsibility vis-à-vis war and speculation conducted on the Amsterdam stock exchange. The solutions must be applied upstream, that is to say by who created the problem.

Maybe this can interest you…