In Italy, over the two-year period 2020-2021, only 8% of the population reported consuming 5 servings per day of fruit and vegetables. According to new surveys published by the Istituto Superiore di Sanità, our country, although rightly considered the cradle of the Mediterranean diet, would be deficient in relation to national and international guidelines on the consumption of foods such as fruits and vegetables, essential for maintaining a good general state of health.

The surveys of the PASSI (Progress of Health Authorities for Health in Italy) project, launched in 2006 with the aim of carrying out a 360-degree follow-up of the health status of the Italian adult population, shows that just over half of people aged 18-69 (52%) reported consuming 1-2 servings of fruit or vegetables per day, with 38% consuming 3-4 servings, while less than 8% consume the recommended amount guidelines for good nutrition, i.e. 5 servings a day. A small proportion of people (2%) even say they never eat fruit or vegetables.

The ISS explains: “If you join the five a day it remains a habit of a few, almost half of the population consumes at least 3 servings of fruit or vegetables per day (46%); the characteristics of those who still have this good habit remain significantly associated with female gender, age, socioeconomic advantage, for financial resources, level of education and residence in the central-northern regions of the country “. “Already relatively low – continues the ISS – the share of people joining the five a day it is also decreasing over time, especially in recent years and across the country; only in the regions of central Italy was a significant increase seen in the first years of the observation period”. 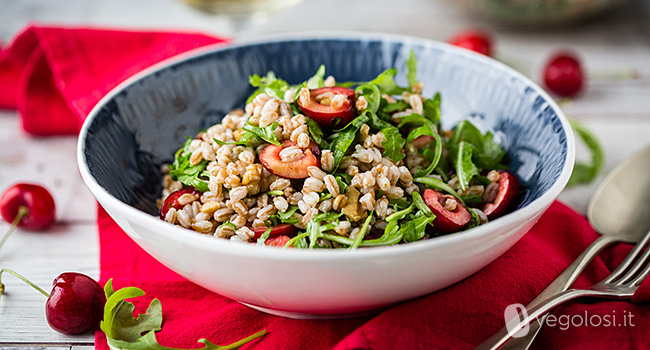 An easy dish that combines fruit and vegetables (as well as cereals, another cornerstone of a healthy and balanced diet): spelled salad with arugula, cherries and walnuts

A surprising fact is that the greatest compliance with the guidelines is in the north of the country whereas in the south which also has a very close relationship with vegetables and fruits in its culinary culture (as well as a climate which favors the culture) this habit is deficient.

According to data and analyzes published by the PASSI project, the black flag of fruit and vegetable consumption returns to Calabriafollowed by Puglia and Campania; green flag, instead of Sardinia which ranks first, followed closely by the Province of Trento and Liguria (note that Lombardy has not joined the ISS monitoring campaign). 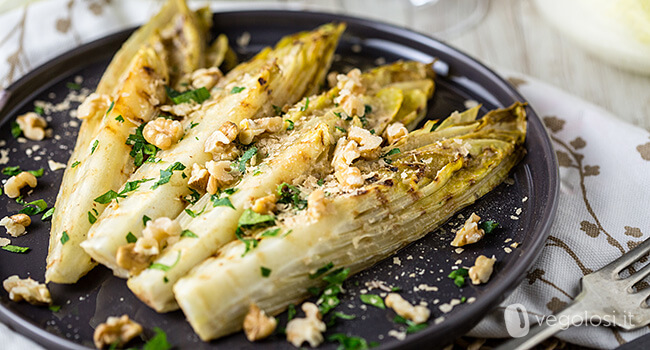 Grilled endives with oil, walnuts, lemon and nutritional yeast: another easy recipe with which to have a generous portion of vegetables

What do we mean by portion?

The recommendations on 5 servings a day of fruits and vegetables are however definitely easy to follow if you think that these corresponds to approximately 400g per day. Let’s take an example: a whole apple, with the peel, weighs about 150g, as well as a whole orange. A bowl of salad and a fennel weigh about 300g. In short, if the idea of ​​5 servings seems huge, in reality the quantity is quite simple to achieve even simply by taking care to always eat at least one fruit for breakfast or snack, and adding raw and cooked vegetables at both meals of the day without checking the weight of the food with the scale.