A small selection of cookbooks: these are artistic herbariums, gastronomic biographies, reflections on the future of the planet based on food, literary or thematic cookbooks. Titles to discover, to have fun and to offer to all lovers of drinking well and eating well who are convinced that the way to the stomach also passes through the brain (and vice versa).

Gastronomy and wine books of October 2022

Mezcla means mix, mix or if you prefer fusion. And that’s what we should expect from the book: a very personal encounter of ingredients, aromas and flavors that can turn everyday meals into something extraordinary. It’s no coincidence that we met Ixta alongside Ottolenghi, the one who knows how to make every recipe magical, especially if it’s simple. And the dishes in this book are also simple, easy, colorful, creative, original; cleverly divided according to preparation time, from toasted bread with cheese (but with honey and Urfa butter) to shrimp lasagna with Habanero oil.

The fish, in every part

From the author of the groundbreaking The Whole Fish, the highly anticipated new volume from Australian Josh Niland, chef of Saint Peter and Fish Butchery, is coming to Italy. In this new book, he demonstrates the many gastronomic potentials of fish and prepares 60 recipes that use every part of the animal, declining the nose-to-tail philosophy on the product of fishing from 15 varieties of fish organized in size , from the X Small of sardines to the Gros of grouper. According to a more ethical and sustainable approach to cooking and the exploitation of the planet’s resources. 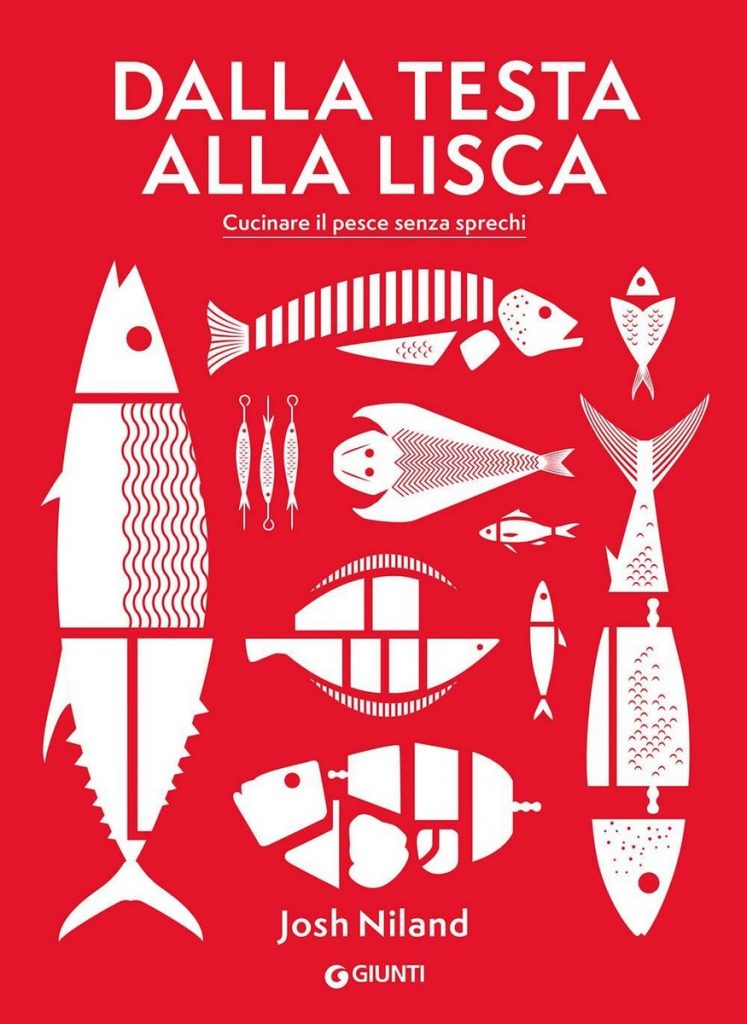 Sébastien Bras tells the extraordinary gastronomic epic of his family by opening the doors of Suquet en Aubrac, the country restaurant which inspires one of the most influential cuisines in the world, in particular for this harmonious relationship with nature, herbs and vegetable garden. , the trademark of Father Michel. A story in pictures full of beauty and emotion, new and iconic visions and recipes such as Gargouillou of young herbs and vegetables, Coulant with curry cream, Aligot of onions and Potato waffle with butter cream -hazelnut.

Arms. The flavors of Aubrac: recipes and stories from the world famous French restaurant – Sébastien Bras – 272 pp. – $59.95 – in English 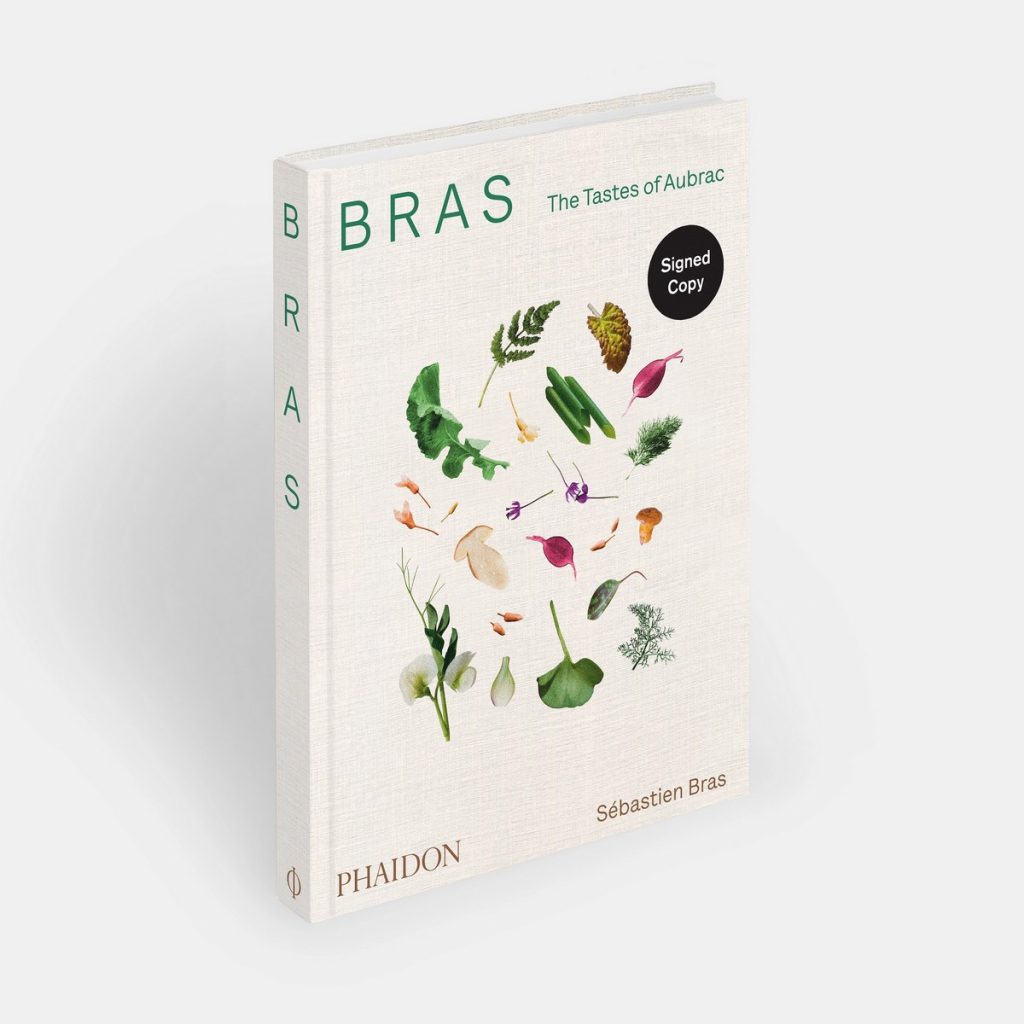 The heroes of taste

Epic stories of courage and taste, told with panache in the form of dialogue. Chefs, bartenders, fishermen, pasta and pesto producers: 24 visionaries who have approached the world of gastronomy in an original way; invest, take risks, open new paths, change our view of food, wine, beer, the products of the earth and those of man. Like Croco and Smilace, the saffron couple; Teo Musso, father of the Baladin brewery; Salvatore Pinga who gives new perspectives to the profession of fisherman, Luca Balbiano and urban vineyards. And again Alessandro Frassica and his ‘ino and Patrick Pistolesi and Drink Kong.

Olia Hercules is a cook based in London and she is Ukrainian. Many initiatives marked by the hashtag #CookForUkraine are due to him. In this book he collects 100 homemade recipes, from a house that has been in different countries over the years. Recipes for everyday life and parties, very simple or elaborate; nostalgic recipes, which hide the secrets of the trade or quite simply the pleasure of the table. Handwritten recipes, transmitted and shared between friends and accompanied by cartoons of chefs and food writers who explore the meaning of the word house. A book that tells the story, traditions and values ​​of a land at war. 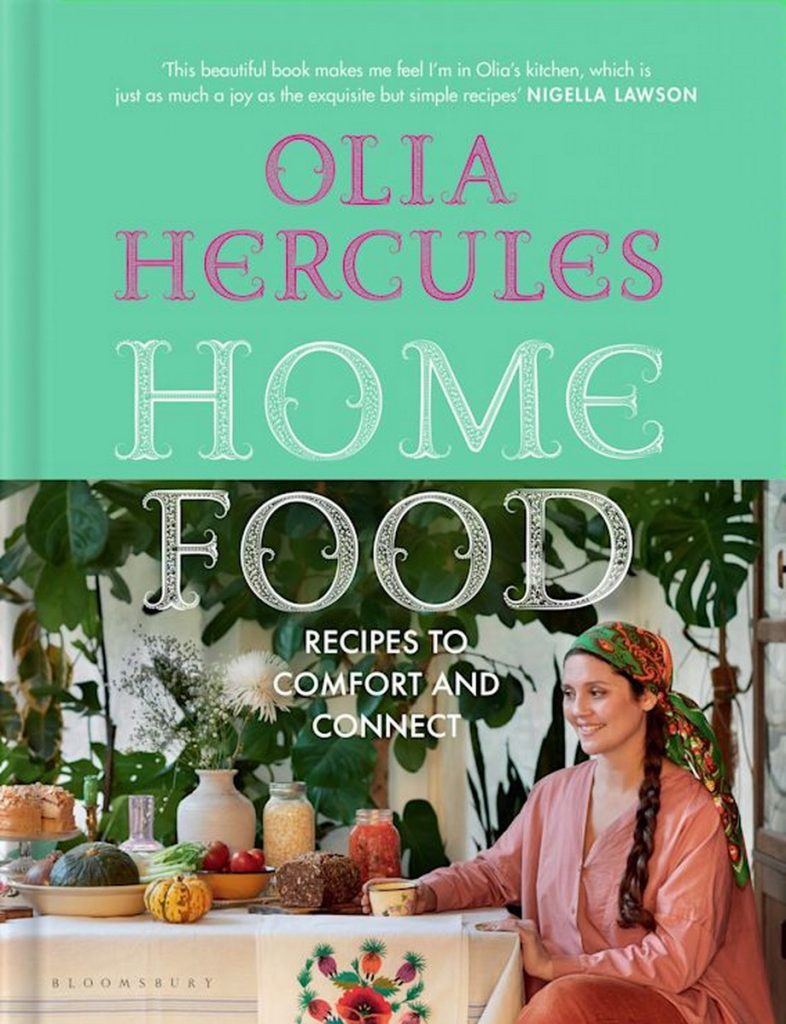 At the table among the books

Breakfasts and 5 p.m. tea, afternoon meals, family dinners and social dinners: Jane Austin’s novels are punctuated with convivial occasions where food accompanies meetings, dictates rules and reveals people’s roles. . The English countryside is the setting, while the dishes – for the most part the heavy ones of the time – draw the portrait of a nobility who likes to stand out from the people by habits, timetables, raw materials, but also fads and oddities. Food is a symbol, a revelation, it suggests situations and draws the character of the characters. And this book tells it. 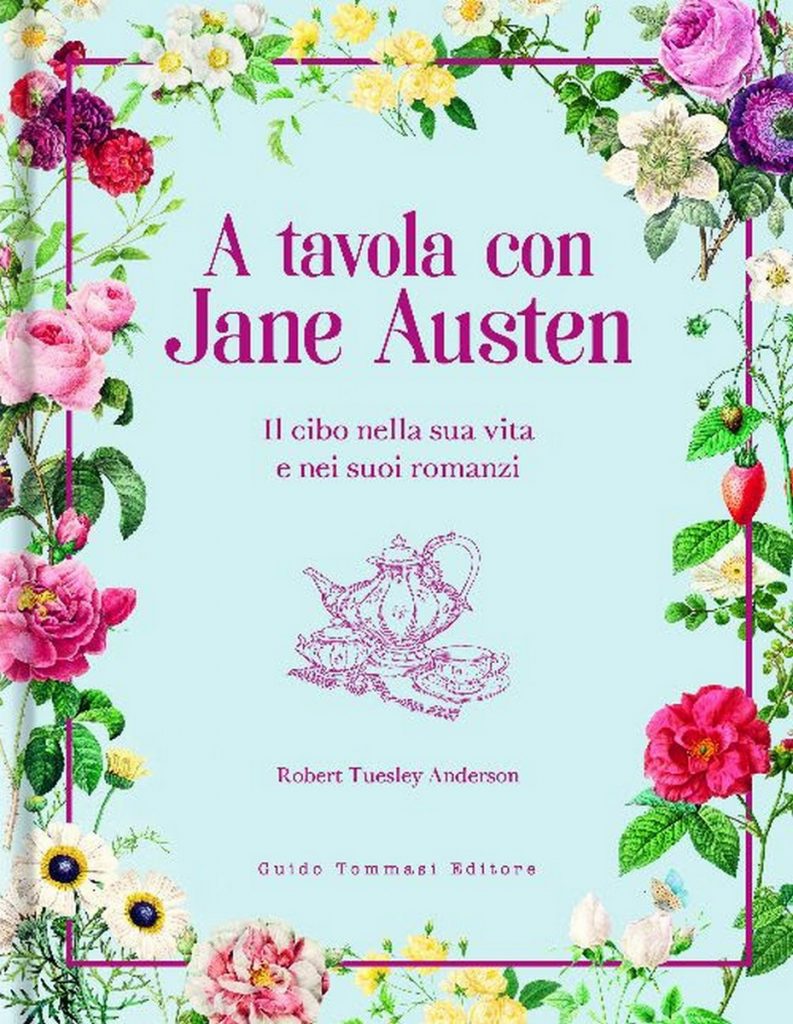 When it comes to food sustainability, three words embody this fundamental concept: good, clean, fair. A mantra that sums up the Slow Food philosophy. Three criteria that are easy to remember, less to respect, especially in a society like the Western one, which has increased the distance between the place of production and that of consumption and where purchasing methods are often hasty. So how is it possible to understand if a food really meets these standards? This volume aims to provide intuitive tools. 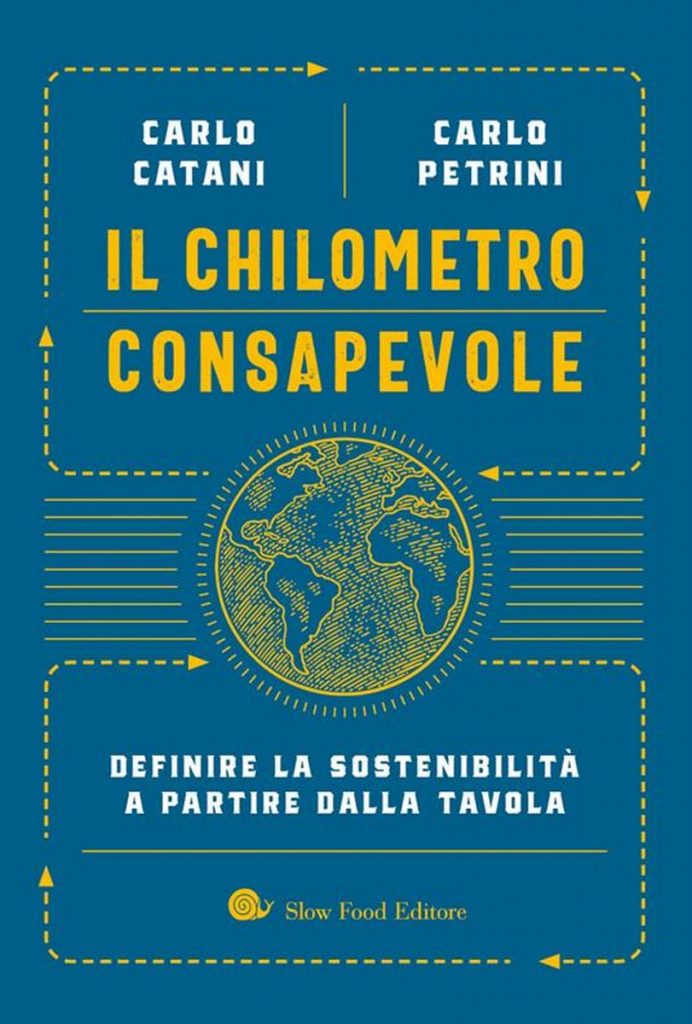 Halfway between a scientific text and an art book, the beautiful volume edited by Domitilla Dardi is part of the tradition of ancient herbaria. In addition. It focuses precisely on those editorial works which, over the centuries, have told the relationship of man – understood as a cultural animal – with nature. To tell not only about herbs and flowers, but also and above all about the people who cataloged and documented them: artists, scientists, writers, graphic designers, illustrators. A meta-herbarium that tells how – over time – man has looked at the world between reality, visions and fantasy. 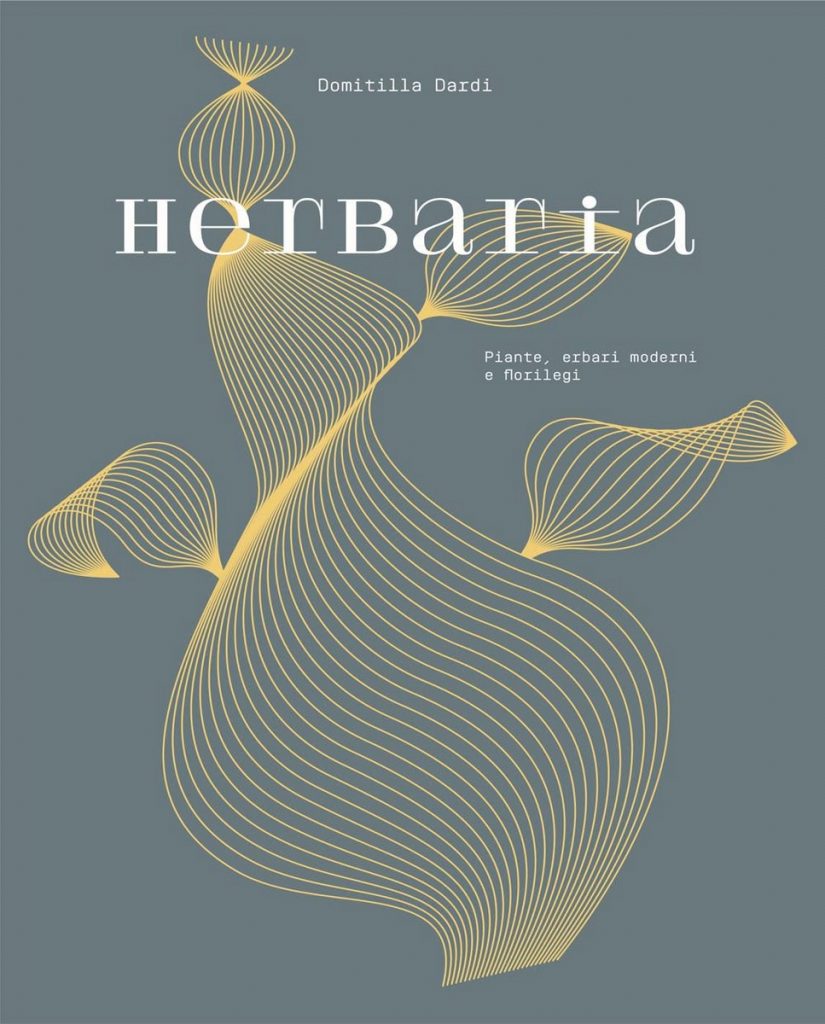