First rule of blankets: never talk about covers. In times of voting and electoral promises, the famous maxim of Fight Club, Fincher’s cult film, could thus be reinterpreted. If it occurred to you to do a tour of popular programs with the parties you know that you will find no trace of financial cover, or almost. There are those who very naively don’t talk about it and those who try to give it something to drink while keeping it vague, but the sacred dictate remains valid: never say where you will get the money. Especially if you turn to this shit of the new generations!

Previously insulted every two by three, now flattered daily to the sound of TikTokyoung people – creatures on the verge of mythology – thanks to the enlargement of voters in the Senate could be decisive, if abstention allows it. Millennials and Gen Z have been the subject of (unwelcome) attention for days by the various leaders, who question them trying to propinargli amazing promises.

Salvini live on TikTok, a user tells him to go to bed: “But you go, rosicone. I want to be with my friends as long as I want”

Letta, desperate to do something left, proposed a dowry of 10 thousand euros, which is not enough to start a business let alone buy a house. The money should be raised by raising taxes on large estates, with the not too remote risk of scaring off many crooks in Italy to tax havens. Pd’s nest egg, with all its limitations, it is so far – it must be said – the only proposal accompanied by clear indications on the cover. In House Dem, the rest of the program is a long list of desires that corresponds to the recipes of the Storytelling Movement: zero contribution for permanent recruitment, remuneration for internships, guarantee fund. Everything is fine, but the money?

The centre-right, for its part, is thinking of refreshing a measure already put in place in the past with poor results. The mortgage grants first place of residence, data in hand, have never contributed to reducing the number of those who still live with their parents, which, on the contrary, has even increased over the last ten years. The proposal anyway enjoys a broad consensus, among the supporters there is also Giggino with his “Zac mortgage”. Of course, the rule still applies: never talk about vile money, not even when it comes to tax breaks for those under 35 and the mythical compulsory national service of the League. 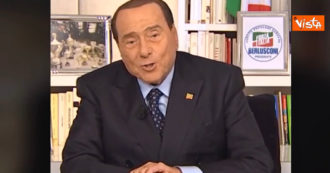 Berlusconi: “I am speaking to anyone over 18, would I ask you to introduce me to your girlfriend? But no…” – Video

Special mention to the Third Pole, which invents quasi-regressive policies. The duo Renzi Calenda proposes to reset the income tax for those under 25 and halve it for those under 29, whereas in Italy young people with jobs are only a small minority, often already exempt because of low salaries. A measure that would therefore pay off, especially for those who already have substantial income and a certain economic solidity. In terms of roofing, we remain generic: the new center aims to recover resources reduce public spending administration and intensify the fight against tax evasion.

Last but not least, the hilarious Italexit: Paragone wants dedicated leisure centers in each neighborhood, with qualified staff and free participation. World peace when? In short, all things considered (or not done) if the young people of September 25 if they chose the side of abstention, they would do so with good reason.