Culinary culture, news, the G20 of starters and an audience of starred chefs: this and much more at the “I primo d’Italia” festival scheduled in Foligno from September 29 to October 2, 2022

From September 29 to October 2, 2022the XXII edition of “The first from Italy“the largest national festival on Italian pasta and first course culture.

Promoted and organized by EPTA Confcommercio Umbriathe event organized by Aldo Amon it has grown from year to year, becoming today a real point of reference which now hosts the estates general of this sector.
A fixed appointment not only for the general public of first course lovers, who can taste numerous recipes of pasta, soups, rice, polenta, gnocchi, gluten-free variants and various condiments, with non-stop hours in the suggestive baroque taverns transformed for the occasion in Villaggi del Gusto, but also for professionals and operators in the sector, who will find in-depth content, food for thought and eminent personalities of Italian catering to deal with. 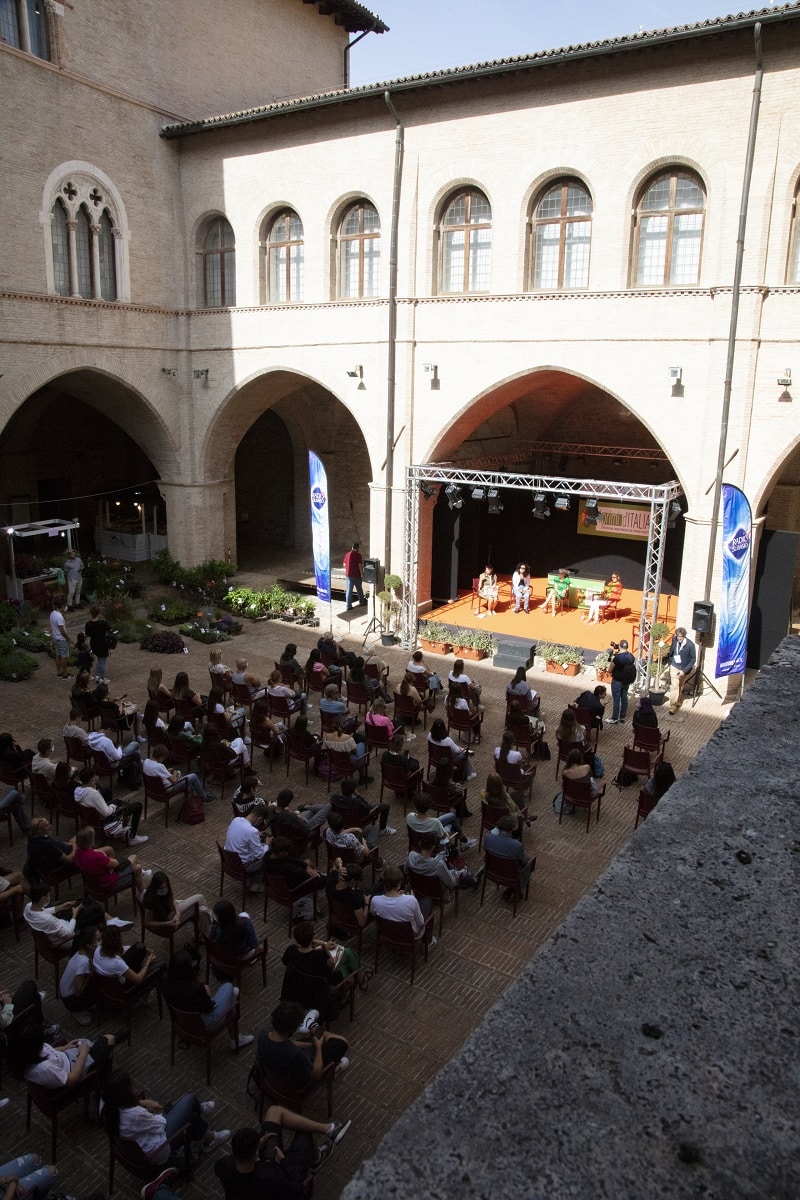 Among the novelties of 2022 the G20 of old “WHAT PASTA ARE WE FROM? » with the journalist Luciano Pignataro and the protagonists of the supply chain: wheat producers, mills engaged in the transformation of the raw material and some pasta factories of different geographical origins and of different sizes, which together will provide a complete view of the current problems related to pasta, its sanitary condition and the problems that revolve around wheat.
“An opportunity to reflect and discuss – he stated Paolo Fornetti, Festival Project Manager, – attempt to answer the many questions raised by public opinion in the face of rising energy and raw material costs, the war between Russia and Ukraine which, for the first time in many decades, has called into question the normal supply of wheat, the market uncertainties caused by the restrictive measures decided by governments to deal with Covid. Are we really in danger of not having enough grain to respond to the market? And to what extent does the difficulty of supplying raw materials for logistics affect the market? There is also an urgent need for a turning point in the rules imposed by the European Union, which has stopped nine million hectares in vain“, continues Fornetti.
The occasion of the G20 will therefore also serve to take stock of certain platitudes such as, for example, whether Italian wheat is really the best or what we must do to achieve or improve our productive self-sufficiency.

To complete the rich program of show cooking with familiar faces, emerging chefs and institutions in the sector, culinary experiences with tasting, created by great masters of Italian cuisine such as Mauro Uliassi with who Mass of pasta he will bring “the pursuit of perfection” to the plate, and by Italian chefs and TV faces such as Umbrian Paolo Trippini who will tell you about condiments made from wild foods and herbs, the chef Fabrice Rivaioli with pasta From Cecco and Granoro then Giusi Battaglia (Giusina in the kitchen), the chef Mauro Improta, theUniversity of Flavors of Perugia with its sections dedicated to vegan and sustainable nutrition, the chef Enrico Pistoletti of Aldivino Bistrot Contemporaneo and the chefs of APCI Umbria.

Flagship of the Festival, The first of Italy Junior activity promoted and financed by the Cassa di Risparmio Foligno Foundation, together with the Eat Umbria, Archimede and Fida associations, for children aged 5 to 11, with a special session dedicated to autistic children, who benefit from the manipulation of pasta.

For the real enthusiasts, there is also a course for pasta tasters by Flavour. 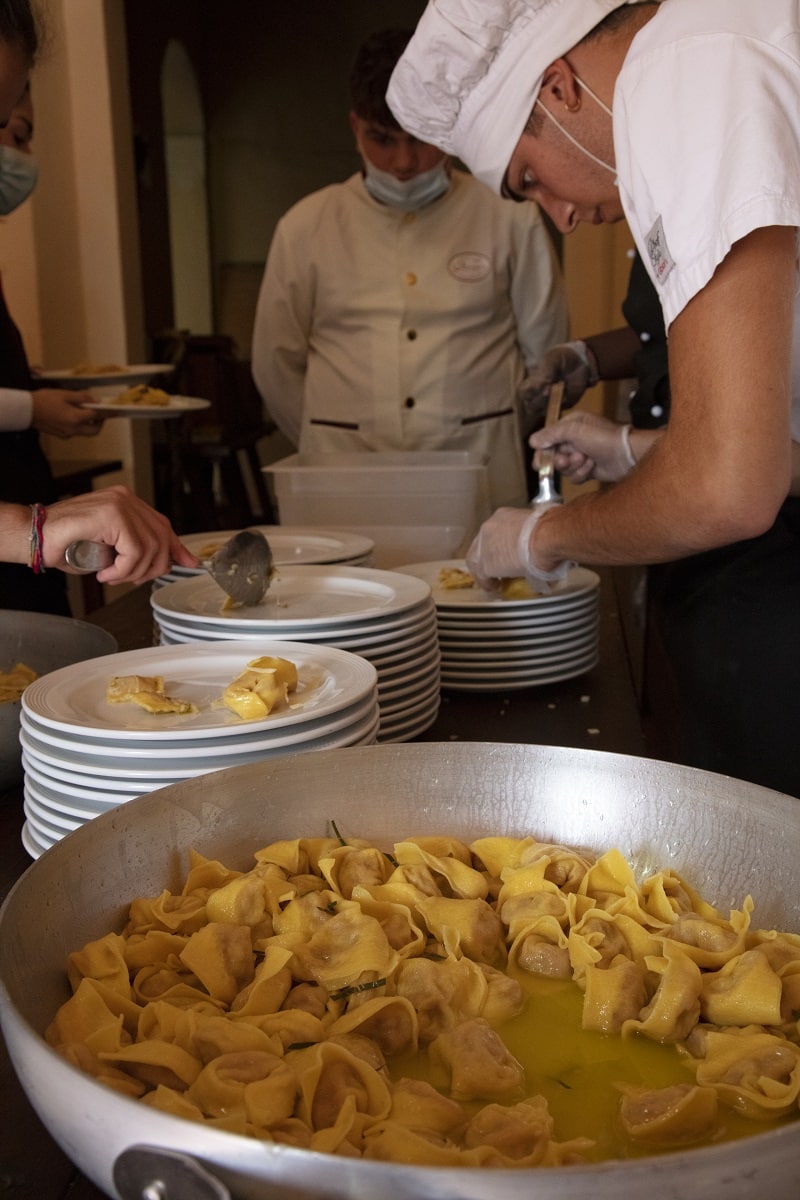 For the session At the star table, three great starred chefs representing haute cuisine: Marco Lagrimino from L’Acciuga, Errico Recanati from Andreina and Katia Maccari from I Salotti del Patriarca. The chefs will offer you a tasting menu of starters accompanied by great wines, a great opportunity to discover the cuisine of some of the greatest exponents of Italian tradition.

through me Villages of Taste, located throughout the historic center of Foligno, it will be possible to taste the first dishes of the Italian regional tradition continuously, while the most curious and cosmopolitan can taste the Mexican tortilla lasagna by the Mexican chef Diana Beltran and for the first time at the Festival it will be It is also possible to find a space dedicated to the First Savages of game and game in the village of Primi della Maremma.

To open the event, on September 29 in Piazza della Repubblica in Foligno, a four-hand show organized by APCI (Professional Association of Italian Chefs) with Umbrian Chefs Paolo Trippini of Ristorante Trippini and Laurent Cantoni of Il Frantoio who will present an anti-waste Umbrian recipe.

There are many exhibitions and events dedicated to the world of pasta at 360°: at the Pasta Boutique it will be possible to know and buy exclusively artisan pasta from the best Italian companies, while at the Special Formats Gallery the formats the most special ones ever produced will become works of art!
With Assoprol And Confagricoltura instead it will be possible to deepen the themes concerning extra virgin olive oil, the main element of the first courses.

And as if that weren’t enough, there will be a series of special events during the days of the festival: a midnight spaghetti meal on Friday September 30 in collaboration with Barrelan event dedicated to the world of rice and risotto with a cabaret show and a tasting in partnership with Rice Scotti on October 1 and finally on October 2 an event entirely dedicated to grandparents and grandchildren, a lunch in the company of 44 cats.

To season the four days of the festival, there will be the presentation of the Primi d’Italia, a special prize that will be awarded to Italian excellence in various sectors. A recognition dedicated to entrepreneurs and eminent personalities who, thanks to their activity and commitment, have contributed to making the name of our nation grow, in Italy and abroad!

Primi d’Italia is finally the festival that celebrates the Italian gastronomy of pasta and starters bringing together chefs, producers, journalists and enthusiasts with the aim of having fun and tasting while making gastronomic culture. 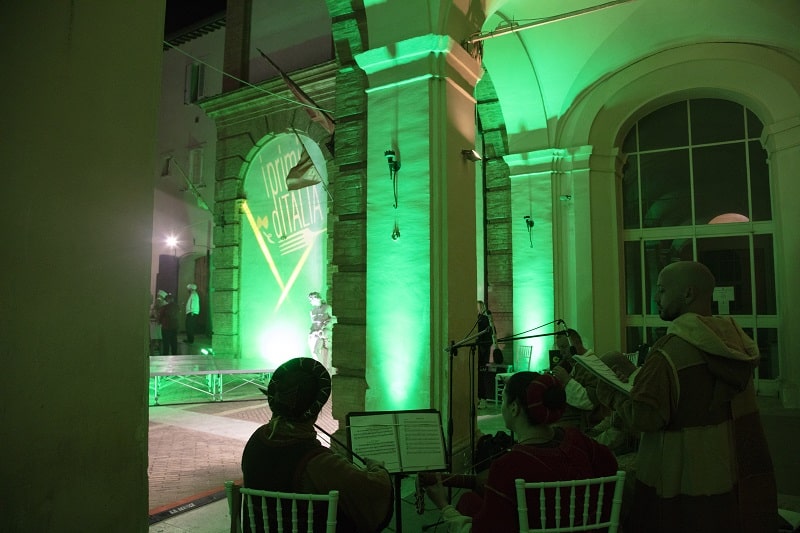 This article has an average rating of: No voting yet.

Author of the article:
Editorial Committee

You can use the drop-down menu filters to select authors or categories or perform a free search.