Silence falls onArena Shopping Center from Barcelona when Marc Samsondirector of content The 50 best bars in the world, announces the eighth position of the most anticipated ranking of bartenders around the world. It’s up to The Connaught Bar to win a position that leaves people in disarray and above all, that opens the dance to full bets on who will be the top three in the ranking.

In front of an audience of professionals, journalists and professionals of the bar industry predictions and hopes begin to whisper, as the evening speeds up to the most important twist of the event promoted by Perrier. The biggest surprise is for the city of Barcelona with third place in the Sips of Simone Caporale And Marco Alvarez and first place Heaven of Giacomo Giannotti.

Surprise for Spain, but gift for Italy which hosted the podium of Augustin Perrone And Giorgio Bargiani in London, to welcome two compatriots who knew how to find in the Catalan city a fertile ground for their activities and for creativity without borders.

It is this Italy which is the same Samson defines one of the revelation nations, precisely because they cross the entire ranking from 1 to 100 with cities like Naples and Florence entering the small circle of 50. Along with Italy, certainly remarkable and close to giving many novelties, according to the English director, Asia where experimentation and contamination between cultures are the masters.

But to come back to the winners, what surely excites is the telling of personal stories in which love for the family, for their teammates, for the team and for the territory to which they belong is essential.

Especially for, Giannotti And Bodily they are in some ways similar in their attention to study and research from raw materials to ingredients and service. Bodilyfor example, it subverts the rules of the relationship between counter and room while Giannotti gives food a fundamental accompaniment function in the cocktail service because it completes the drink both in terms of taste and consistency.

From an analysis of the entire list, we can see how the 2022 edition reflects some trends of the moment, in addition to the Italian spirit with a global presence of great professionals who enrich the ranks of cocktail bars loved by 50best bars: Bulgari bar to Dubai, Jigger & Pony in Singapore, Maybe Sami in Sydney, Argon in Hong Kong; confirmations abound from cities like New York, which has the highest number of cocktail bars, up to 10. 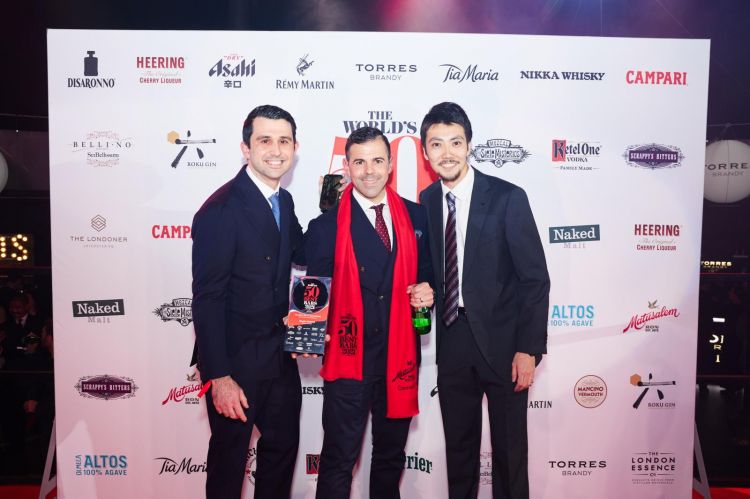 The holders of Maybe Sami

More than an award or recognition, what remains from yesterday’s ceremony is the incredible energy of a real bartender’s party for bartenders. To be or not in what is now defined The list it gives way to a deep and sincere feeling of belonging to a community, to a united and united group. The 50best bars it has created the opportunity to forge collaborations, friendships that often translate into much closer, almost brotherly relationships. The bond that is established goes beyond the simple fact of being colleagues and becomes a moment of confrontation, of personal and human fulfillment. This is what they say with emotion and great satisfaction. John Trinh of Alquimico in Cartagena or even Gina Barbachano of Hanky ​​Panky in Mexico City (which won the prize Art of receiving).

It doesn’t matter if there are thousands of miles to separate them or a pandemic to overcome, what matters is knowing that you can count on so many professionals who face the same challenges every day. It is this attention to people, not just customers, that surprises because it also translates into attention to collaborators and employees within the framework of a project and to those who make its realization possible. 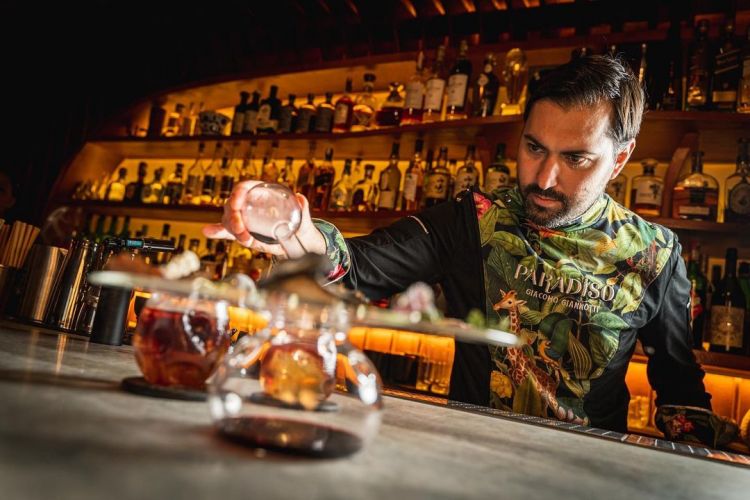 Like, how Giacomo Giannotti he says: success is the result of teamwork, where each member of the team actively contributes to the creation of drink lists. Moreover, the new map of Heaven – the news of which we will not be long in revealing – is the fruit of the inspiration and ideas of each member of the team. Having obtained the first position is therefore very important for Giannotti and as he points out Marc Samson is the expression of a journey that began seven years ago with the opening of a restaurant, which has stood out since its first year of life and which, year after year, has risen to the top of the rankings thanks to the teamwork and attention to the customer that absolutely make it the place to visit during a stopover in Barcelona.