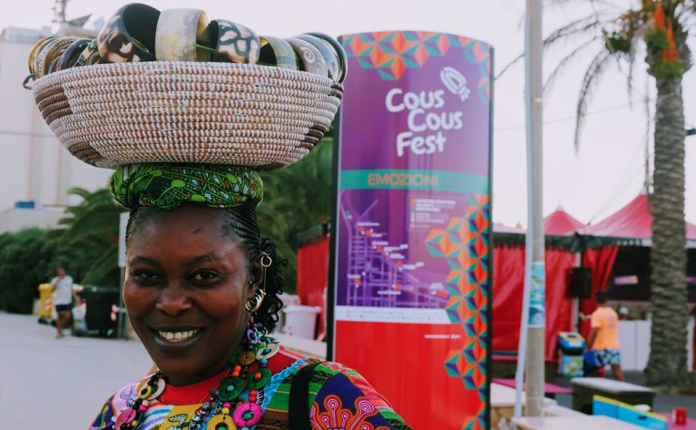 There will be ten days of contests with international chefs, tastings, meetings and free concerts on the beach under the slogan “love never stops»: A special edition to celebrate the 25th anniversary of the international event.

start tomorrow, friday september 16the 25th edition of Cous Cous Festthe international festival of cultural integration planned until to September 25 in San Vito Lo Capo who will return to welcome, as usual, different countries and cultures to promote peace, exchange and multiculturalism.

The Cous Cous Fest is organized by the agency Feedback in partnership with the Municipality of San Vito lo Capowith the support of Bia CousCous, Conad, Electrolux and UniCredit and with the support of the project “Do not touch “, promoted by the Badia Grande social cooperative and the artistic direction of Massimo Bonelli.

“The Cous Cous Fest was born with me, it is an event in which I believed and which I have always perpetuated – he declares Giuseppe Peraino, mayor of San Vito Lo Capo-. It is a great emotion to be able to celebrate today 25 years of history as mayor. The festival has always been the standard bearer for themes such as welcoming diversity, exchange, encounter and integration between cultures. This year too, we want to send a message of peace at a time when the world particularly needs it”.

The first weekend is devoted to the Italian couscous championship Conad. “We are proud to support the Cous Cous Fest for several years – he says Francesco Pugliese, CEO of Conad – an event in the region which is very dear to us, which is characterized by multiculturalism, a spirit of aggregation and enhancement of the most typical local cultural expressions and which is an expression of Conad’s commitment to culture and younger generations”.

“Creating value, sharing and promoting the excellence of territories, protecting traditions, maintaining a real relationship with local communities in several areas, this is what we do every day – he explains Vittorio Troia, director of the Sicily PAC 2000A Conad division -. Supporting culture and young talent is a way to create wealth for the whole community in which we live”.

The central moment of the review is the World Couscous Championship, the Bia Cous Cous World Championship, a competition between international chefs in the name of exchange and integration. There are 8 teams of chefs competing among: Argentina, Brazil, Ivory Coast, France, Italy, Morocco, Palestine And Tunisia. Also this year, the great interpreters of Italian cuisine arrive on the stage of the festival who will present their creations, naturally based on couscous. Filippo La Mantia, Peppe Giuffrè, Andy Luotto, Andrea Lo Cicero, Antonella Ricci and Giorgione: these are some of the protagonists of cooking shows. Couscous for all tastes in the gastronomic village of the festival. More than 30 recipes are to choose from in the menus offered by the Case del cous cous, the three tasting places of the festival: the Casa del cous cous Al Waha, the Casa del cous cous de San Vito and the Casa del cous cous de le world. To taste the couscous, you have to buy the tasting ticket for 12 €.

The program for Friday, September 16

The 25th edition of the Cous Cous Fest opens at 11 a.m. with the event “Forum of Economy, Tourism & Gastronomy and Wine”,organized by UniCredit. The works will be opened by the interventions of Salvatore MalandrinoHead of the Sicily Region of UniCredit Italia, and of Giuseppe Peraino, mayor of San Vito Lo Capo. The presentation of theItalian food and wine tourism report” of Roberta Garibaldi, CEO of Enit, and a round table on the theme “Creating an integrated tourism-agriculture system: challenges and opportunities”. At the round table, moderated by Marcantonio RuisiFull Professor of Business Strategies and Policies at the University of Palermo, will speak Marcello OrlandoComments from the CEO, Salvatore Li PetriBusiness Development Manager Canteen Ermes, Vittorio Messinanational president of the Assoturismo Confesercenti, Antonio MarinePresident of Federalberghi Trapani, Simona Olivadese, Contact UniCredit Tourism. Conclusions will be made by Ricardo Del BiancoHead of Corporate Business Sicily UniCredit.

Italian couscous championship: the challenges begin, a chef is Sicilian

At 5:30 p.m. Conad Italian Couscous Championship with the challenge between Gianluca Ganci from Gallarate (Varese), sous-chef at “I Fontanili” who will present a couscous with marinated amberjack, Japanese dashi broth and pan-fried tomatoes and Pierpaolo Ferracuti from Porto Saint George (Fermo) chef patron of the restaurant “Il Restroscena”, a Michelin star, which will rival a Middle Eastern pancake: couscous with octopus and gazpacho. To be continued at 7:30 p.m. Alessandro Billi of Tortona (Alessandria) chef and patron of Osteria Billis will compete with a Sicilian tacous: Sanvitese-style couscous balls, octopus, anchovy sauce, tasty mayonnaise, almonds and cucumber defying the Sicilian Salvatore Monforte, class 78, executive chef at the Medousa Bistrot & Suites in Taormina who will present a seared tuna couscous and green sauce. Perform all on-stage appointments Tinto and Roberta Morise. The experts of the technical jury, chaired by Paolo Marchi, and festival visitors who will be part of the popular jury. (Tickets on the site www.couscousfest.it or at the counters of San Vito Lo Capo).

At 9 p.m. on the stage on the beach Ceremony dedicated to the 25th anniversary of the festival with the launch of “Love never stops”, the video celebrating the 25th anniversary of the exhibition. Federico Quaranta will be the exceptional narrator of a short film that tells the roots of couscous: love and peace. At 10:30 p.m. there will be a free concert by Dargen D’amico: the singer-songwriter, who carries his hit “Dove si balla” launched at the Sanremo Festival in Italy, has been able to invent a very personal touch of rap, between the tradition of Italian writing and a research that crosses the territories of classical and electronic music to join pop.