The city of Marinehas welcomed it among its inhabitants for several years Chef Max Bialewell-known chef of international renown and National Councilor of the AIC – Association of Italian Chefs – who will receive the 5 stars of Italian restaurants in the world. Massimo Bialethis is his first name, in addition to being a food and cooking enthusiast, he is also an expert flight controller, for many years serving on control towers throughout Italy as a first lieutenant of the Air Force.

Originally from Liguria, precisely of Savona, Massimo Bialeborn in 1966, after the shift on the control tower, he wears the chef’s uniform to combine ingredients and create delicious recipes, remembering tricks and “right” from his grandmother, his cooking teacher, who with dedication, as a child, accompanies him in the preparation of frittele, ravioli and starters, many of which are typical of Ligurian cuisine. His family of restaurateurs and child one of his aspirations is to work in the kitchen, but in 1984 he won a competition in Aeronautics as a flight controller and fate chose for him.

This innate, almost genetic passion for pots and pans does not abandon him, however, and has always taken off his flight controller uniform, Maximum is a qualified cook, so much so that over the years he has become a true chef of international renown, thanks to his participation in competitions and contests in Italy and abroad. Soon, within the Air Force itself, his cooking skills were appreciated and valued and this food-loving non-commissioned officer became the head of the “Training and Supply Unit” at Rome, where thanks to his skills he manages and prepares other cooks in the organization of field kitchens during missions abroad.

So many experiences, rewards and recognitions that Maximum collects thanks to his love of cooking and his resourcefulness. In 2015, Tunisia ranks second, representing Italy, at the Mediterranean Festival; he is one of the chefs of Casa Italia at the Rio 2016 Olympic Games, awarded with the Collegium Cocorum, Federcuochi’s highest honor; in 2017, participated as a contestant in the second edition of Top Chef on Canale Nove; in 2018, he received the prestigious “Italian Excellence Award” in Arts and Crafts in Washington; he is also part of “Athletichef”, the national football team made up of chefs and pastry chefs and is a national adviser to the association of Italian chefs.

Today, Maximum as already mentioned, he lives in Marin and is known and appreciated in the walled city. After 38 years of military career, close to retirement, and a series of experiences – first in charge of catering at the Airman’s House and then at the Officers’ Club of Rome – which led him to take care of the 360-degree kitchen even within the Armed Force to which they belong, Maximum he also hopes in the future to continue cooking around the world and is already trembling with joy for the appointment of next October 18 in Florencewhen he will be rewarded by the famous 5 star catering, for having been able to keep the name of Italian catering high in the world. A great satisfaction for this Chef or better Cook, as he himself prefers to be called: “The title of Chief is tight for me, because the Chief commands and does not work, – Massimo told a News Castelli -, Ior, on the other hand, I love getting my hands on it. I am proud of what I have achieved so far, but I am also very humbled”. 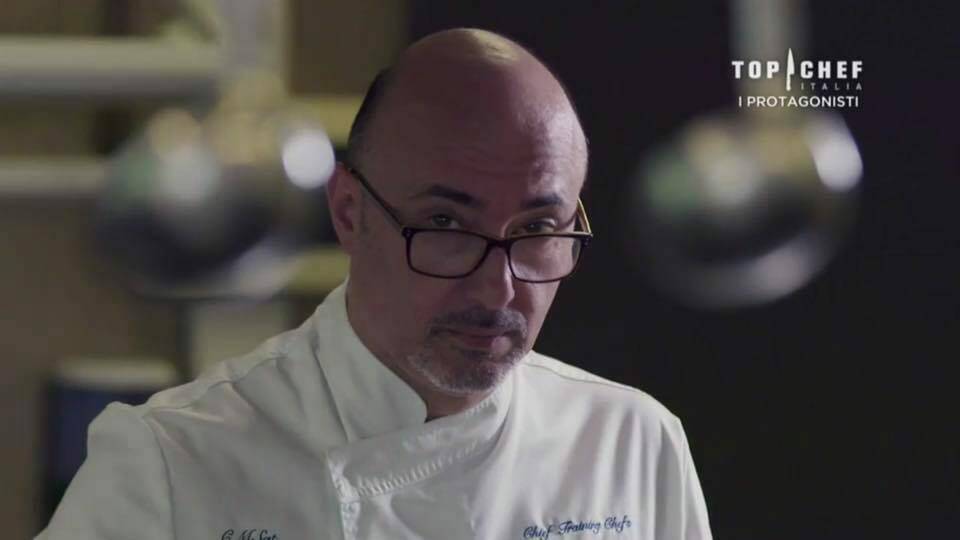 “In the kitchen, I appreciate and do all the steps myself, from designing recipes and sourcing ingredients to preparing the dish itself. My cooking is varied – Maximum Explain – and my dishes are often innovative and with the use of refined ingredients, but what I like to prepare the most are the traditional dishes, very often Ligurian but also from the Castelli Romani, a territory that has adopted me for a long time . The tradition is the one passed on to me by my grandmother when I was a child. A tradition that today I try to re-propose, remembering, precisely, all his advice and teachings. Without feeling, in life as in the kitchen, everything would be tasteless and, sometimes, it is thanks to these memories that I am able to create the most special and best recipes!”.

A flight controller who, in addition to traveling the skies, patrols the territory in search of healthy and authentic local products to make them the protagonists of his dishes. Thus, with a spasmodic concern for quality, an extraordinary mastery of techniques, concentration, commitment, dedication and special taste buds, this chef is appreciated not only in the kitchens of the Army of Air but all over the world. There are many projects for the future that we will not fail to tell.