What’s the first thing that comes to mind when you think of Portugal? The azulejos that adorn Lisbon? From fado music to heartbreaking romanticism? the bacalhau with its most authentic preparations, the superb Pastéis de Belém desserts? or maybe its wines like Porto del Douro, the first DOC region in the world that we talked about in the monthly, Madeira and Vinho Verde from the north of the country? It’s probably all of that combined to create the image we have today of a really nice country like Portugal. Giovanni Angelucci talks about it in “I eat everything except…” during one of his food and wine tours on Gambero Rosso Channel.

The capital and its leaders

In the monthly Gambero Rosso of October, we start from its capital Lisbon, and from the chefs who made it great, two important figures for the Lisbon people and all the Portuguese cuisine. Jose Avillez, chef of Encanto, aims to promote Portuguese gastronomy and contribute to making Portugal a top gastronomic destination. A point of reference in the restaurant of the country, Avillez draws great inspiration from the place where he grew up, near the ocean, in Cascais: experience at El Bulli by Ferran Adrià (who transformed his concept of cuisine), the young talent has created several outposts of taste scattered around the city: like the Bairro do Avillez on rua Nova da Trindade, a great place with various proposals including typical Patéo recipes, an agora with wonderful fish and seafood; or like the Taberna with a simple cuisine composed of high quality hams and cheeses, a space dedicated to pizza and the Mini Bar where you can drink well and combine drinks with the preparations signed by the chef. An undisputed reference that is worth the trip or at least the prolonged and in-depth stage. 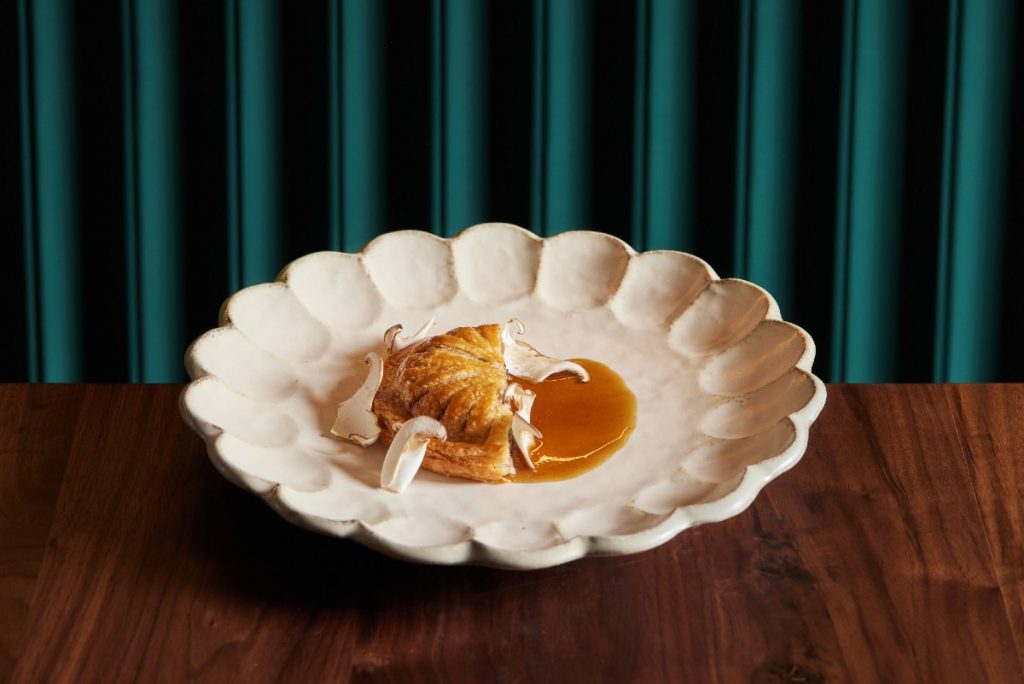 And then there is Henrique Sa Pessoa Alma restaurant: located in the heart of Chiado, inside an 18th century building that was once a warehouse of the famous Bertrand bookstore, the oldest in the world. The menu proposal changes every season and customers find themselves each time on an interesting journey through traditional, Mediterranean and international cuisine. So not just Lusitano, although his version of cod shows how versatile this national product really is and available to the creativity of chefs: in the version of Sá Pessoa you can taste the different textures of the fish with the fillet cooked on the grill, fried skin, simmered tripe and all combined with a sauce made with all the scraps. 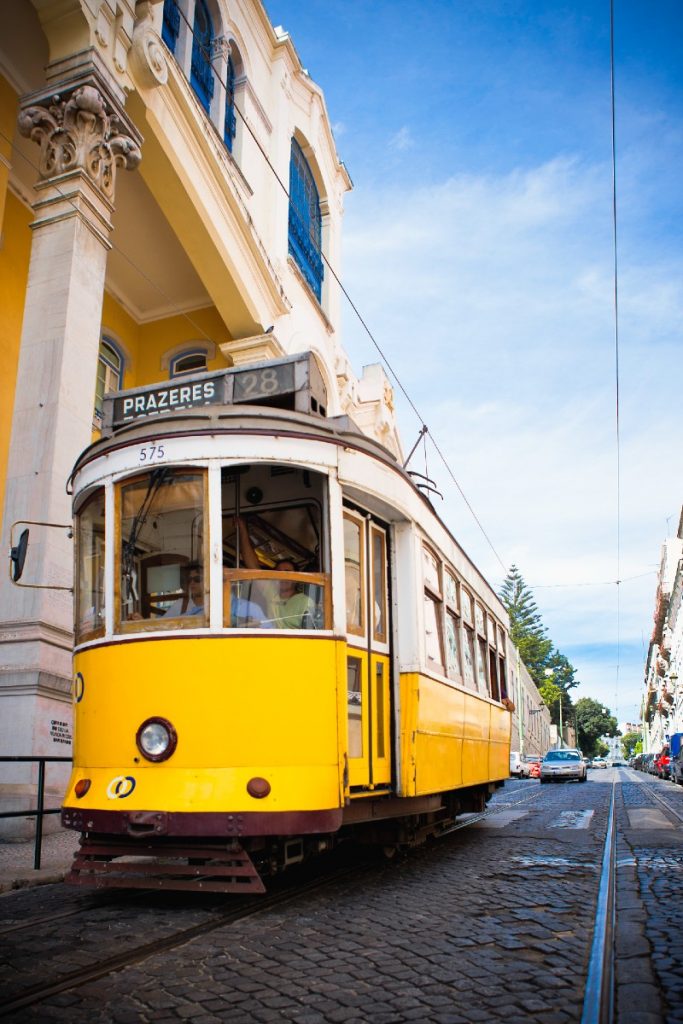 With the Electrico, between sardines and pastéis

But Lisbon is all good and engaging, to visit walking along its ups and downs, why not, on board the typical trams, friendly called elétricos, an ideal means of transport to know some of the most interesting places in the historical heritage and architectural heritage of the city. The most famous is the Elétrico 28 that connects Martim Moniz with Campo de Ourique, whose route begins in the historic center. You will come across ancient gastronomy, modern and delicious shops, pastries where you can taste the typical sweets of the convent, shops specializing in traditional canned sardines. Some examples ? Manteigaria Silva, founded in 1890, a historic shop specializing in Portuguese products, a delicacy rich in history and stories that preserves the authentic flavors and gives continuity to the best of local traditions: instant sliced ​​hams with raw Berkel and sausages , cod, wines, nuts, dried fruits and preserves. Recently the family also opened a new restaurant, in Chiado, inside the “Bairro do Avillez”. And then the famous sardines sold in various shops in the city, one especially there Conserveira of Lisbon, a true traditional town center sign since 1930. The colorful packaging and tidy milk “library” make it look more like a vintage haberdashery than anything else but in reality each box hides the culture and passion of the Ferreira family , now in the third generation represented by Tiago. Among the dozens available to absolutely try, the tuna belly, the sardines with spicy pepper sauce and those with pink pepper… breathtaking! 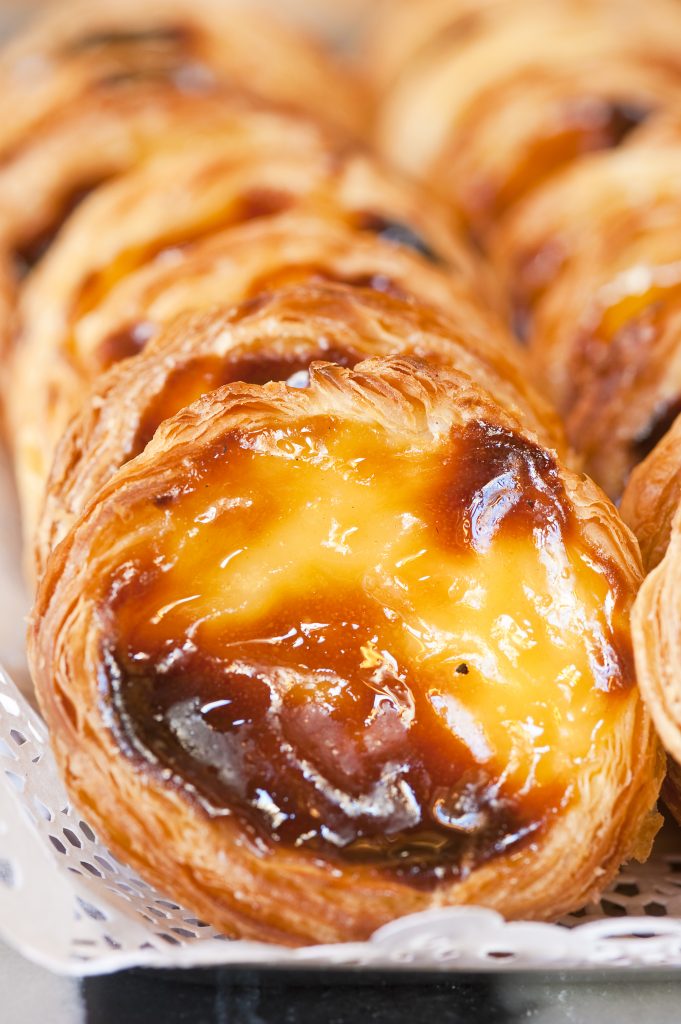 The must-have pizzas in Italy are the famous pasteis de Belém to be tasted in the homonymous district: desserts in Portugal are very serious business and the best known of all are undoubtedly the pasteis de nata, widespread throughout the country but in the capital. there is a magical place to visit, the pastry shop Pasteis de Belem, the oldest in Lisbon, where these sweets come from. The outer dough contains a heart of egg cream and various aromas that emerge from the first taste and give an explosion of pleasure. To be tasted strictly Portuguese style: hot, with a pinch of cinnamon and a dusting of icing sugar, without exception. Everyone tries to imitate the taste, even an annual thematic competition is held, but the secret has remained in the hands of very few people since 1837. 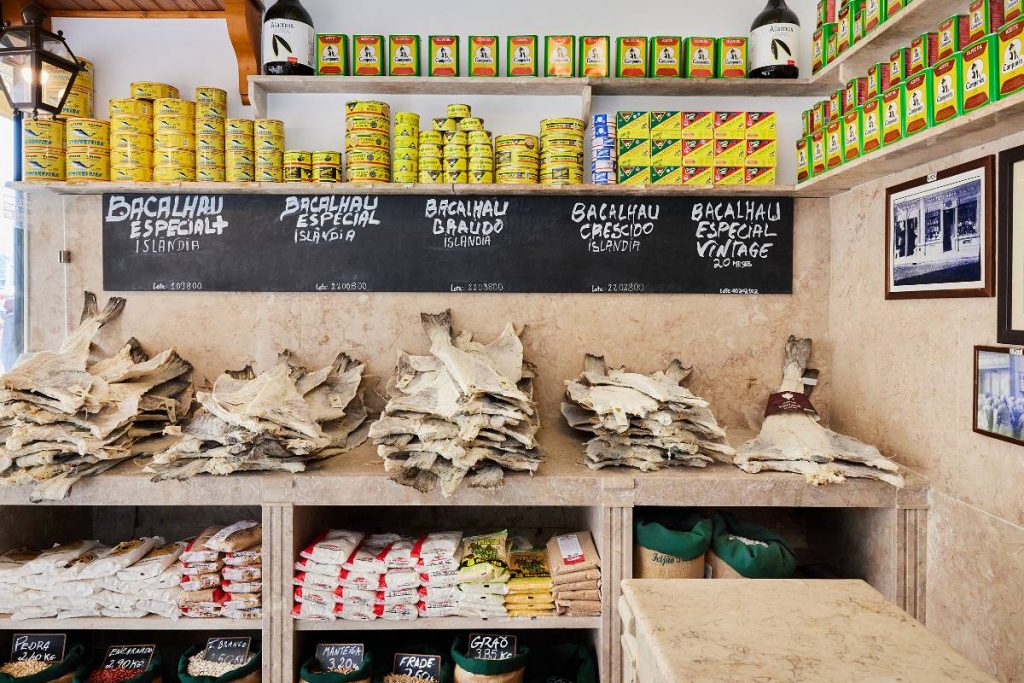 Obviously there is no Lisbon without its bacalhau, cooked in many variations and tradition dictates that there is a different recipe for each day of the year. The á gomes da sá version is tasty, a cod fillet cooked in a casserole dish with onions, potatoes and eggs, or a more traditional recipe, the bachalau á brás, with fries accompanied by eggs, parsley and onion. The Da Historia do Bacalhau Interpretation Center was recently inaugurated in the city, the new attraction of the center of Terreiro do Pacowhere one of the most epic stories of Portugal is told: the discovery of Newfoundland and the adventure in the icy seas with cod fishing, a tribute to a symbol of gastronomy but also of popular culture and national identity.

In the October monthly of Gambero Rosso, continue the gastronomic itinerary leaving the limits of the city of Lisbon to discover the other flavors of Portugal. Direction Alentejo (and Ribatejo), which literally means “beyond the Tagus”, a jewel nestled between the Algarve and the territories of Lisbon and Centro. It is the largest region of Portugal, where Élvas and Évora represent the main cities, with its golden plains, its hills covered with vineyards, its high and steep coasts, its white villages and its charming medieval villages that make this land l perfect idea for all types of travellers. Seafood and earthy flavor are the two elements that distinguish it geographically but also in the kitchen with the fusion of seafood and fresh fish served in soup or stew and leitão assado, or roast suckling pig, and the iconic cabrito (kid). We also talk about cheeses, important in Portuguese gastronomy, such as the famous Queijo da Serra, raw milk pecorino produced in the Serra da Estrela region. Moving north, you come to Porto, the capital of this region, as well as the city that gave the country its name. A destination that captures anyone who decides to visit it or even look at it from the Rio Douro, making it look like a fairy tale town surrounded by medieval buildings, bell towers that stand out here and there and churches baroque. But above all because it is from this port city, at the mouth of the Douro River on the Atlantic coast, that wine has taken the trade routes of the world and, in particular, of England. But that’s not all. Learn more about the new issue of Gambero Rosso.