From three-star Michelin chef Mauro Uliassi, to actress and model Eleonora Pieroni, from journalist and presenter Tiberio Timperi to influencer father Enzo Fortunato; passing through the A1 volleyball players from Bartoccini-Fortinfissi Perugia to the great Italian actress Eleonora Giorgi. These are just some of the big names who will take the stage at the 23rd edition of I Primi d’Italia, the first and only national festival dedicated to first courses, which returns to Foligno, in its original format, from Thursday September 29 to Sunday October 2. Four days of continuous tastings, distinguished guests, cooking classes, demonstrations by top chefs, quality food productions, but also moments of entertainment and entertainment. The program was presented at Palazzo Donini in Perugia on Monday September 12 by Aldo Amoni, president of Epta Confcommercio Umbria, the service company that has always promoted and organized the event. The press conference also brought together Donatella Tesei, President of the Umbria Region, Stefano Zuccarini, Mayor of Foligno, Brigadier General Vincenzo Spanò, Commander of the National Army Selection and Recruitment Center, and Pietro Bellini, President of Gal Valle Umbra and Sibillini.

“We have been relaunching I Primi d’Italia with a bang – Amoni commented – for days the accommodation facilities in Foligno have been full, the spaces in the center are all occupied for the event, this year will be a great festival. Eleven villages of taste with regional excellences from north to south of Italy, about 40 events including a show kitchen and culinary experience and a national conference, the G20 of pasta, which will bring together many people, including the mayor of Gragnano , and whose very important conclusions we await. I thank all our supporters and I would like to underline the importance of the barracks which will host a preview on September 28, at which journalist Tony Capuozzo will also be present”. President Tesei commented that “The Primi d’Italia is a very important event for Foligno and Umbria, it attracts many tourists, I am happy that it has returned to a version that involves the whole city. President Amoni stressed the arrival of British tourists means the airport is functioning and useful in helping to promote even extraordinary events like this”. For Mayor Zuccarini “The Primi d’Italia is reclaiming the city. We are proud of this event that we have defined as queen, with the Quintana carousel. Two events between which there is a strong union”.

The return of the regional taste villages plus a gluten-free one is eagerly awaited. Here you can taste many starter recipes, typical of the different Italian regions, served continuously in the suggestive Baroque taverns of the city scattered around the historic center. But before the official start of the event, I Primi d’Italia will offer a great preview dinner on Wednesday, September 28 at the “Generale Ferrante Gonzaga del Vodice” barracks, which houses the Selection and Recruitment Center of the national army. An exceptional place to get to know each other better and pay homage to a fundamental institution for the city of Foligno, also from an economic point of view. The godmother of the evening will be the actress Martina Marotta. Among the big names who will parade in Foligno for the festival will be starred professionals in the kitchen, starting with chef Mauro Uliassi who will perform during a cooking demonstration “in search of perfection” (September 29 ). In the Santa Caterina auditorium, other chefs will offer starters accompanied by prestigious wines: there will be Marco Lagrimino from the L’Acciuga restaurant in Perugia (Thursday 29), Errico Recanati from the Andreina restaurant in Loreto (Friday 30 September) and Katia Maccari from Les Salotti del Patriarca di Querce al Pino, in Chiusi (Saturday October 1). Other well-known celebrities from entertainment, sport, culture and science will be present to receive the I Primi d’Italia prize which will be awarded to: Nicoletta Spagnoli, Eleonora Pieroni, Tiziana Trasciatti and Stefano Chiocchini, on Friday 30 ; Tiberio Timperi, Father Enzo Fortunato and Bartoccini-Fortinfissi Perugia, Saturday October 1; Eleonora Giorgi and Professor Massimo Martelli, Sunday October 2.

The 22nd edition will also feature special events: in addition to the preview dinner at the Gonzaga Barracks, the G20 pasta will take place on Friday, September 30 at 10 a.m. at the City Hotel during which the food and wine journalist Luciano Pignataro will coordinate a meeting to reflect on the national health product symbol of Italy. Also on the 30th there will be the Barilla party with midnight spaghetti, garlic, oil and chilli, in Piazza Garibaldi, and on Saturday October 1st at the San Domenico auditorium, the Riso Scotti party with a cabaret show by Dario Cassini and a risotto tasting. Finally, Sunday, October 2 at 1 p.m., in the Santa Caterina auditorium, lunch with the Buffycats on the occasion of Grandparents’ Day. Many activities are offered to children in the I Primi d’Italia junior section, while adults can sign up for the “Grandmother’s Pasta” workshop to make fresh pasta at Palazzo Candiotti, organized in collaboration with the professional association of Italian chefs. And then more exhibitions and markets with the best creations of Italian crafts and agrifood, from the pasta shop where you can find all kinds of pasta in Piazza Repubblica, to the Atelier del Gusto in Palazzo Trinci , from Mediterranean delicacies in Piazza Matteotti to Street Food in Piazza del Grano, cooking show on the stage of Largo Carducci, with a rich musical calendar and free daily entertainment. The protagonists will also be the students of the “Giancarlo De Carolis” Host Institute in Spoleto, who will show the public what they have learned at school. 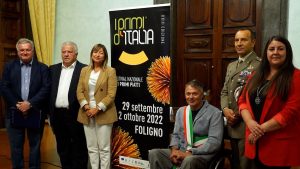 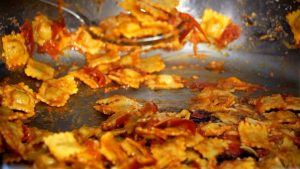