You are an industrial giant born over 100 years ago. If you had to summarize the main stages of the company’s evolution, what would you highlight?

“There were several stages. Until the end of the 1980s, we built almost exclusively rear cabin cranes; the first stage took place precisely in those years with the transition from the construction of cranes to lifting platforms. At the same time, between the 80s and the 90s, we used aluminum and I think I can say that even today aluminum productions are those that distinguish our production in a distinctive way. Also during these years, we entered the French market which is today our main market. Subsequently, in 2012, we opened the first German branch and a few years ago we entered the English market directly. Finally, last year, there was the full acquisition of the business by my family and that was the most recent milestone, both cross-generational and owned.

To sum up: the company was born in 1911 and until the Second World War the core business mainly concerned the production of agricultural tools and old car bodies. After the industrialization of the company, which took place during the Second World War and especially in the 1970s, the production of rear cabin cranes began; from the 1980s the evolution of the company involves an important step towards the production of aluminum platforms and the internationalization of the company on the French and European market[…]. To date, the French market is the main one and represents 35% of turnover, in particular with regard to the sale of equipment to rental companies. I must admit that the opening of the branch in France at the end of the 80s was also fundamental to entering the heart of this market: today the French themselves consider us French (laughs)… I can say the same of the German and English markets which are objectively larger markets than the Italian one in which, in any case, in the last ten years we have recorded considerable growth. »

Do you also serve the US market?

“Not now. But we are taking the first steps with products like tracks which are not currently our flagship product. Our current flagship product is the lifting platform installed on a truck. Obviously the arm and the basket can also be installed on a crawler like the spider. Our current production is 90% on trucks. I do not exclude that in the future we will also focus on other products, more suitable for other international markets such as the American and Australian”.

Given the size of the company and the sector in which you operate, what have been the actions towards sustainability and environmental responsibility?

“At the moment, we are developing hybrid platforms, projects that go in the direction of absolute sustainability. So, by the time the truck is also electric, we can boast of having a fully

How many factories do you have in total?

“Seven in Manta in the province of Cuneo, one in Saluzzo, a branch in Milan and one in Turin. All Italian and foreign subsidiaries take care of maintenance and delivery; production, on the other hand, is done entirely here in Manta. The Group now has more than 600 employees. »

I imagine such a large group has a significant contingency plan…

“I don’t know if this can formally come under the social category but, in terms of bonuses, all employees have been receiving fifteen and a half months for almost twenty years, even an additional month and a half beyond the fourteenth at the end of the year.

We are thinking of a company canteen but I must say that our employees being mostly local, they most likely prefer to go home during their lunch break. However, we are also pursuing the project for a question of environmental sustainability and production: we have gone from 200 to 600 employees in a few years and this measure must be thought out and organized once we have found the right site to implement it. .

In addition, since August 2021, we have hired 120 of the 150 temporary workers who worked with us on a permanent basis.

Over the past two years, we have finally promoted the hiring of women also in the workshop: today, they represent 10% of the workforce to whom we mainly delegate the production and assembly of products. semi-finished and finishing machines. Until a few years ago, we had not internalized this process and I must admit that these new professions are particularly suited to meticulous and reliable workers”.

If you had to describe in a few words entrepreneurship, the way of doing business in the province of Cuneo, what words would you use?

“First of all the seriousness, which is an ingredient that is not at all obvious. The postman

Abnegation: we all work a lot. There is a large and widespread work culture at all levels. We employ a lot of local labor that still comes from the valleys, people who aren’t afraid to get their hands dirty. I believe that in this province there has never been a struggle between entrepreneurs and workers: we have always gone in the same direction and this is an aspect that has always characterized entrepreneurship in Cuneo. Compared to other regions of Italy where entrepreneurs have to consult the administrations and unions to do anything, here there has always been a climate of collaboration, sharing and mutual support. On the other hand, if you make the worker feel good, no one needs to defend him and in the province of Cuneo almost all the realities have always acted in this way. Moreover, I believe that the entrepreneur from Cuneo does not want to keep everything to himself: he shares, collaborates and invests permanently”. 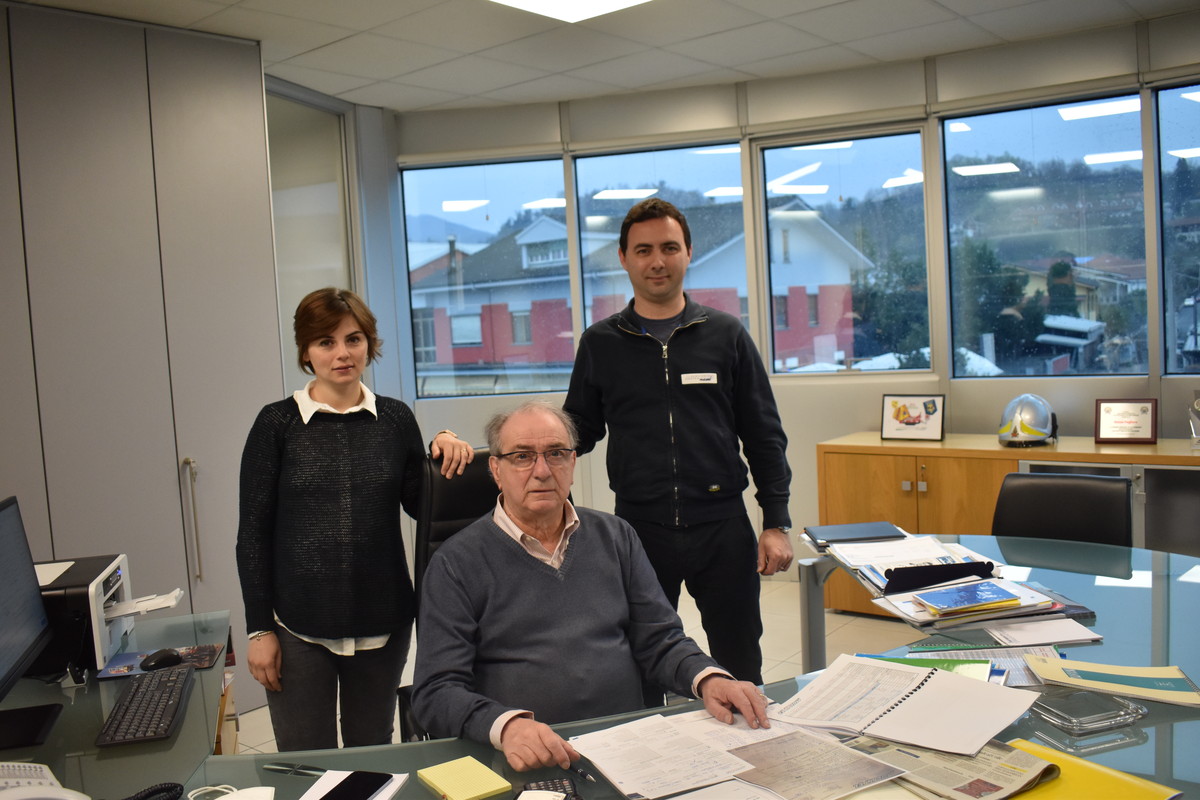 “Over the past year, we have embarked on a major marketing journey to give the Multitel brand the importance and visibility it deserves. As happened to us, very often it happens that different companies continue to work endlessly, without improving the results of decades of effort with proper communication. Internationally, we are recognized among those who do the best, but that is not enough: we have to work on the brand and ensure that customers and workers recognize themselves in the identity, values ​​and modus operandi of the Multitel brand. […]. Getting back to the question: we have won many awards over the years; my father recently received two major career awards at trade shows in Italy and France; more than once the Corriere della Sera and the Sole Ventiquattrore have named us among the 100 most virtuous groups at national level […]. And then the most important recognition came very often from our international customers visiting the factories: it is not uncommon for them to compliment the functionality, the organization and the beauty of our factories and that is really pleasing, it is the best price for ten years’ work and commitment…”.