Let’s start with the story: why is it called fifth trimester? Because the offal, traditionally, was the waste of the slaughter. Removed the quarters, remained the coratella, the pajata, the tripe, the legs, the brains, the tail and so on. They were the protein of the poor, since in ancient times the poorest categories of workers were justly rewarded with this animal waste. Hence a theory of recipes from the Judeo-Roman tradition who see the fifth quarter as the protagonist: to name a few, there are rigatoni a la pajata, tail alla vaccinara, fried brains and sweetbreads, offal (often accompanied by artichokes) , tripe alla romana, salad of nerftti.

This kind of dishes a little blood, with strong flavors, unexpected textures and an important smell. Either you love them or you hate them, more rarely you learn to live with them. And that can happen especially in a city like Rome: in keeping with tradition, they are present here in flash on almost all the menus. Below is a list of Capitoline restaurants that don’t just have a rare presence on the menu, but have made Q5 cuisine an important part of their proposition.

Fifth Ward and offal: the list of the best restaurants in Rome

Never as in the case of the fifth quarter can it be said that there is an absolute king of Rome: Checchino. Its location opposite the slaughterhouse and its glorious history rigorously respected even by the most modern managements make it the point of reference in the city for lovers of offal dishes. The stainless steel plates are probably paper when opened, like theZampi salad, described as: “Boiled boneless veal chops, served hot in a salad with celery, carrots, pinto beans, seasoned with green sauce.” THE Rigatoni with pajata (“A sauce made from tomato and fasting intestines of dairy veal”) are another stainless steel dish, their Coda alla vaccinara it cooks for 5 hours, with all the flavors of the tradition: “tomato sauce with celery, pine nuts, raisins and sprinkled with bitter chocolate”. For the bravest, the mixed roast is the summa of the Roman fifth quarter: it contains sweetbreads, liver, pajata and grains, which are the testicles of the bull.

Checchino since 1887Via di Monte Testaccio 30

Abruzzese by birth and Roman by adoption: with these origins the cuisine of Sarah Cicolini it could only be hardcore. Strong flavors and ingredients with a strong personality, which bring to life muscular old-fashioned trattoria dishes. At Santo Palato, the menu is only half on paper, the other half is entrusted to the slate and daily deliveries, which come from the market and from trusted suppliers, including Roberto Liberati, in the case of meat. A dish of offal that never fails Santo Palato is here Omelet with offal, recipe from Sarah’s grandmother. Here too Vaccinara Meatballs it is a stainless must, always accompanied by a green lovage sauce.

Since this restaurant is dedicated to tripe, one of the cornerstones of Roman cuisine, along with tomato and mint, it’s a clear clue: offal is at home here. Again we find a woman in charge, Alessandra Ruggeri, in this case in a dual role, since she is divided between the kitchen and the dining room: she sets the line, which is finalized by her collaborators, then she devotes herself to welcoming her guests. Tripe is cooked in different versions, from the classic recipe with tomato and mint to that with beans, passing by the fried tripe. But it’s not just tripe in Ruggeri’s repertoire, but many Roman recipes, many of which include offal: depending on the season, you can find Head carpacciothe Coda alla vaccinarathe Veal sweetbreads with MarsalaI Rigatoni With Pajata etc 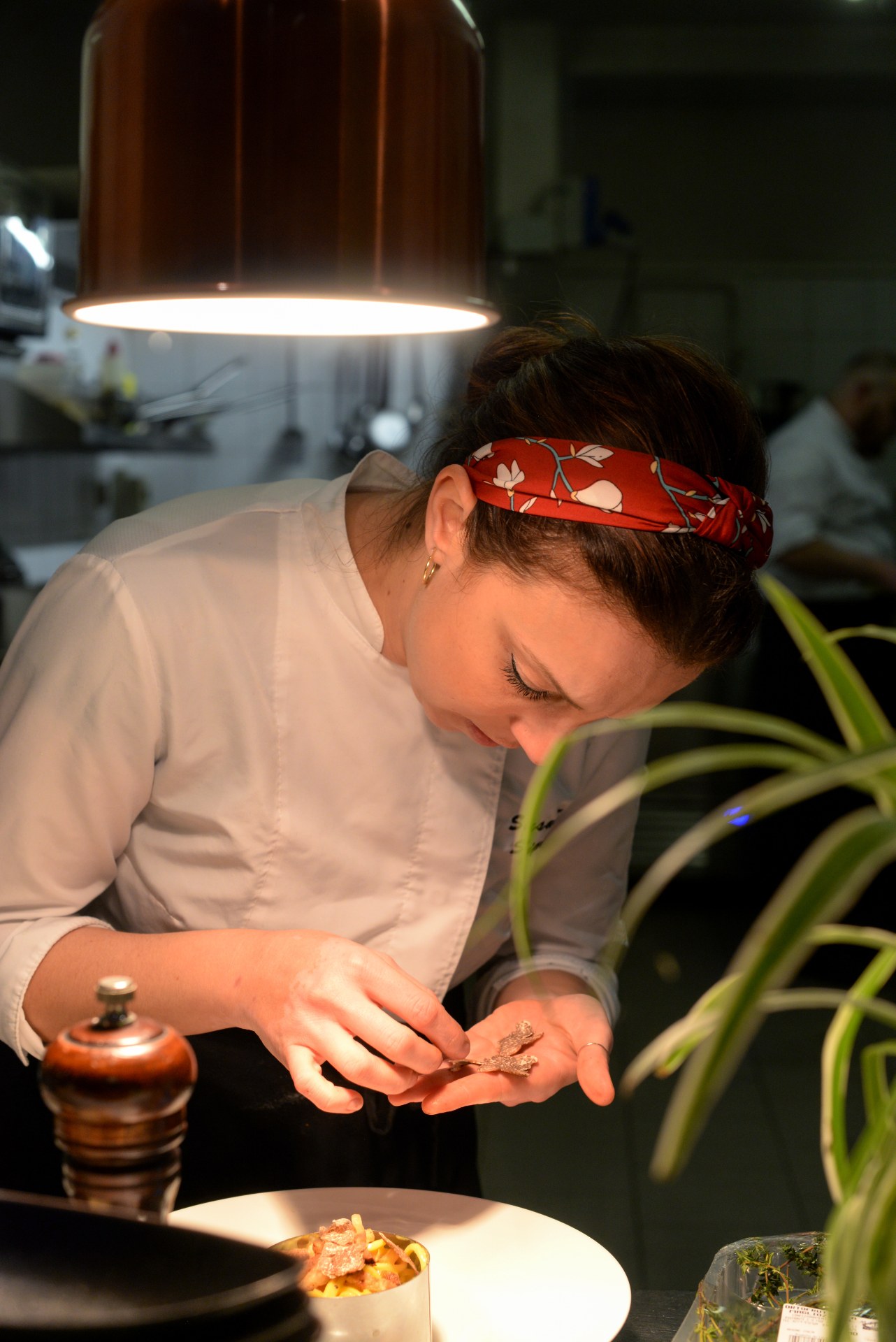 Suzanne Sipione defines his style as “mild but firm” and claims to like meat and the fifth quarter in general, so at the Mellini pantry, the delicious address of Lungotevere, not far from the start of via Cola di Rienzo, it is possible to taste Roman dishes and more or less classic recipes based on offal. And here it is Coda alla Vaccinaraboth as a condiment for the first course and as a second in its own right, always there Coratelle (the mixture of heart, liver, lungs), the Fried tripe with cheese and pepper and a distinctive dish like Roman Fried with Pandorato (fried bread), fruits, sage, cerebellum and sweetbreads. 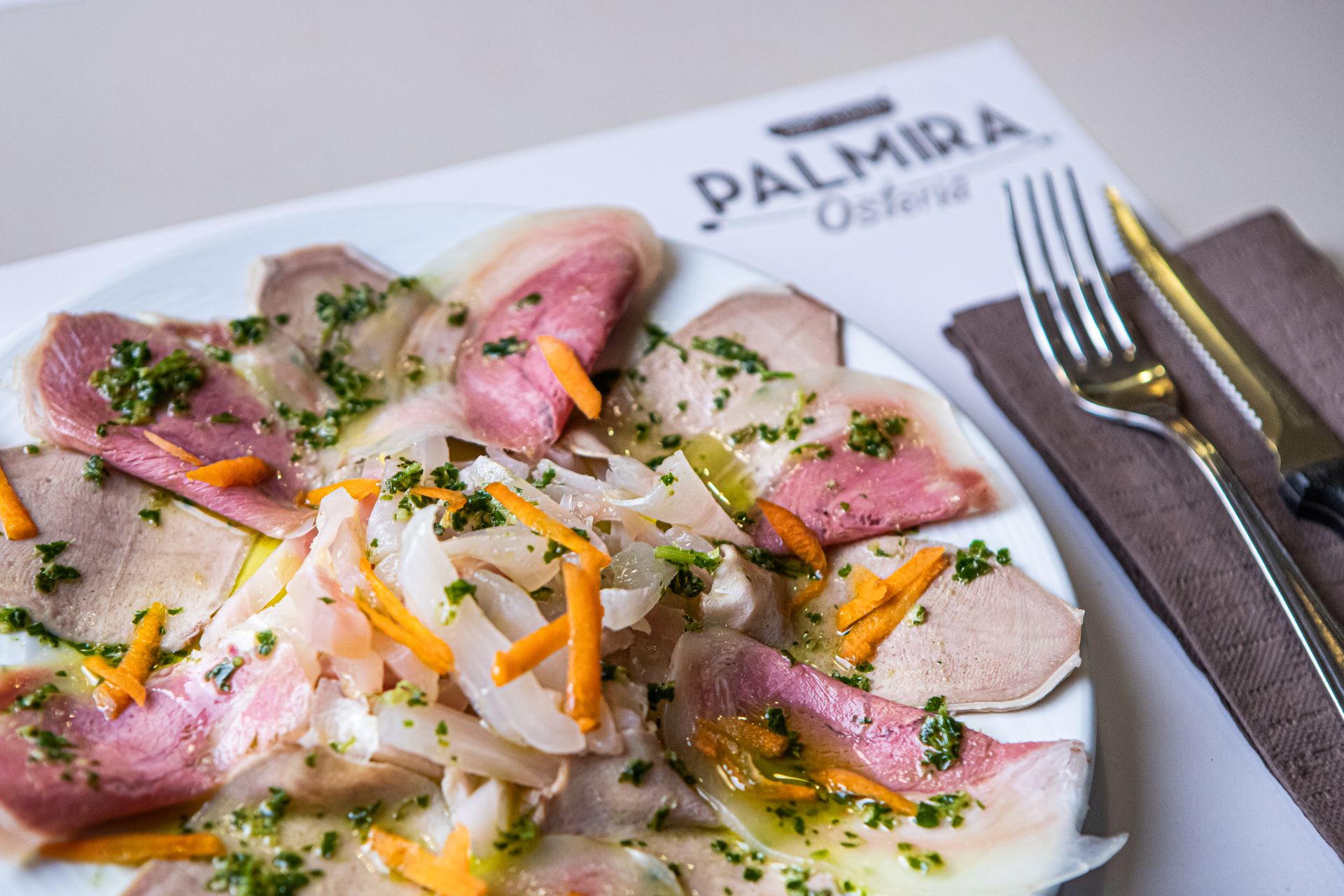 An old-style trattoria, run by the Rocchi family, originally from Amatrice and active in the restaurant business since the 1950s. This trattoria in the heart of Monteverde, as it happens, has been open for almost ten years and is entrusted to the verve of Claudio, son of the Palmira to whom the restaurant is dedicated. Offal lovers go there, since they are served among the antipastini, served in old-fashioned crockery: the Coratella with peppers is a family recipe, Roman tripe follows the tradition Liver pate it is rough as required by the tradition of central Italy, head tongue and nerves half carpaccio and half protein salad are tossed into a cold entrée.