Busy press conference via Romagnosi this morning for the announcement of the grand final of the fourth edition of TheFork Awards, the competition in which restaurants opened last year, selected by 50 top Italian chefs, participate. To moderate the speakers, Elena Collinicommunication manager at TheFork: “We are happy because, once again, we are emphasizing quality openings”.

Almir AmbeskovicCEO of The forksummarizes the beginnings of the competition: “We wanted to be the authors of a award different from all the others, that it lasted the next 50 years and was always new every time. It took us two seasons to find the right place: involving established chefs and asking them to help us point out fresh and noteworthy openings. We are very happy because today we announce the fourth edition of TheFork Awards. Only the covid stopped us temporarily ”.

Which we well know is not the only snag in the times we live in, difficulties that slow the wave of new openings, the theme of the first in a series of interesting slides that Ambeskovic -even presented via Romagnosi. Some excerpts: “The balance of openings between the second quarter of 2021 and the second quarter of 2022 is 255 new companies, + 5%. But the cessation of activity over the same period is +1,043, or +23%. In one year our sector has lost 2,168 companies”.

“According to the data in our possession, there is an overwhelming increase in restaurant chains. Instead, we would like to see more independent restaurants.” Again: “Among the new openings, local cuisine predominates everywhere, except in the northwest, a sector where Asians prevail”. Or: “The user who books on TheFork loves the first signs, because first mover. They are more curious customers. And these are people who spend more in 74.8% of cases and who have a no show rate 65% lower than the average. Data that makes us very happy.

ball one Paolo Marchifounder and curator of Identità, gave an update on the novelties of the 2022 edition: “There are 46 in all (the complete list it’s here). What picture do they paint? 28 of them come from northern Italy. Among the curiosities: Valentino Cassanelli selected me Balzi Rossi of Enrico Marblea restaurant that has already had 2 Michelin stars in the past. Moreno Cedroni has indicated classy grandma of Vito Mollica. He was overvoted Contrada Bricconi of Michele Lazzarini. Antonia Klugmann And Chiara Pavan have chosen Lady in Venice, a nice gesture. Matteo Metullio indicated on Pheasant of the Fasano Hotel. Alfio Ghezzi he voted Luigi Taglienti. Antonio Biafora indicated on Stua of Michil, as opposed to country. During movie 3the new restaurant of Park Hyatt of Milan, received the votes of two heavyweights: Massimo Bottura And Chicco Cerea“. General reflection: “Compared to the first editions, where a chef often tended to vote for his former student, this time there are more big names. I think it’s normal in a moment of crisis: I big name reassure investors. 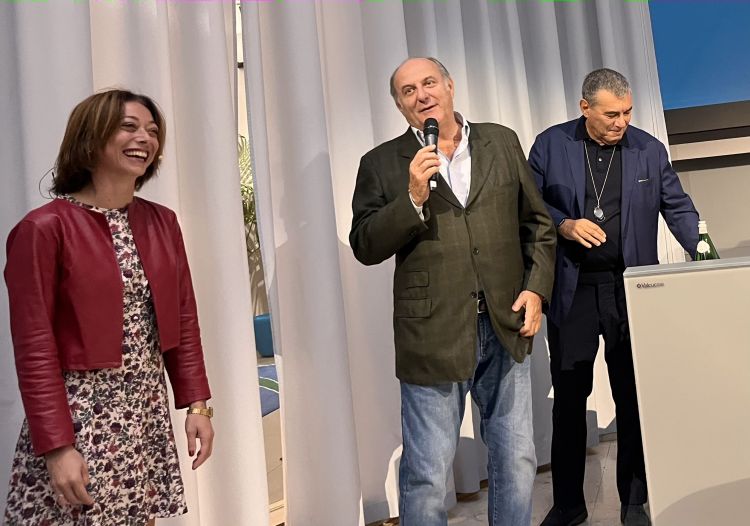 Claudio Ceroni looks back at the beginnings of the prize: “I claim the birthright of an idea that has proven to be right for several reasons: it is a useful prize because it probes new openings, generates solidarity between established chefs and up-and-coming chefs – and that doesn’t happen between stylists or architects. All those reported have gained a month of high visibility on our two sites, TheFork platform and ours at Identità Golose. Finally, the prestigious location for the gala dinner with the winner: last year we went to the Triennale, this year we will be at the IBM Studios pavilion in Piazza Gae Aulenti. he is going to cook Antonio Cannavaccioolo and the conduct will be Gerry Scottiwho is here with us today”.

“With Ceroni”, explained the popular television presenter, “a long friendship binds me: among other things, we worked together on 11 editions of ‘Notte sotto le stelle’, in Trinità dei Monti. When I saw him throwing himself at the food, he told him that,. Sooner or later we will get back to work together. Also because I am an ambassador for TheFork, whom I thank for the perseverance and for the excellent results obtained. I forgot: on the evening of the awards ceremony you will drink my wines”. On October 25, we will meet the winner.