Italy’s most famous dessert has been included among the typical agri-food products of Friuli-Venezia Giulia, but its authorship is historically disputed with Veneto. Either way, it’s the most beloved spoon dessert ever, a tuile of coffee-dipped ladyfingers and a fluffy mascarpone cream sprinkled with cocoa. Gourmet, reassuring, simply irresistible, the dessert has had a dedicated day for some time: March 21 Tiramisu Day, a symbolic date that marks the arrival of spring and the desire to get out of winter. To design the party, Clara and Gigi Padovani, journalists specialized in the gastronomic sector who since 2017 have given life to the initiative, born from the book “Tiramisù – History, curiosities, interpretations of the most beloved Italian dessert”. “In our travels to the United States, Australia, Europe and South Central America, we have always found an interpretation of tiramisu “, tell the creators. “This is why the idea of ​​celebrating it on a significant day came spontaneously”.

The figures of tiramisu in Italy

Providing the dessert success data is as always Just eat, the main home delivery application in Italy and worldwide, which has analyzed the evolution of orders in Italy over the past year. Tiramisu is confirmed as one of the most appreciated desserts by Italians: in 2021 they were ordered more than 27 thousand kilos of tiramisu throughout Italy, equal to + 22% compared to 2020. The real surprise, however, comes from France: last year even among cousins ​​across the Alps the fashion for tiramisu went crazy. The most popular is still the classic, but there are many variations on the trending theme: in second place among Italian preferences is the pistachio one, while in third place we find the nutella tiramisu, followed by coffee , pan di Stelle, mascarpone cheese. The top 10 is closed by the strawberry tiramisu, ideal especially in spring, for a fresh and tasty variant of the traditional dessert. 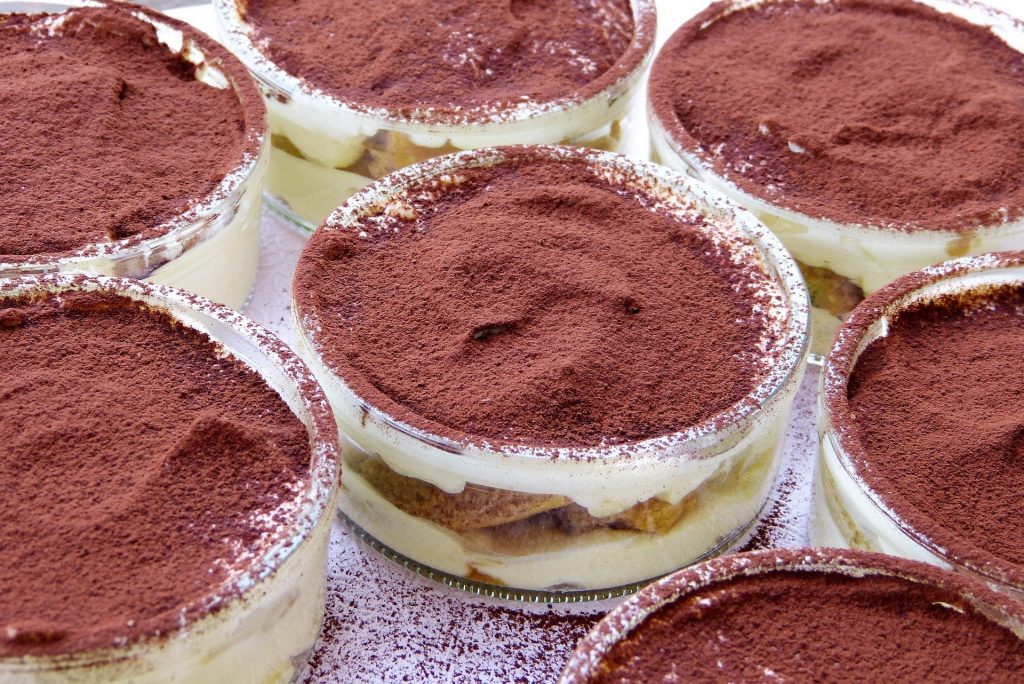 Let’s start with the name. Tiramisù is the fifth most famous word in Italian cuisine abroad, without a doubt the most famous made in Italy dessert. The recipe, of course, has been adapted and interpreted in various ways according to local customs, and has spawned concept stores and businesses around the world. Among the most curious, TiramisUGO, a Cornish reality that offers tiramisu ready in a jar to order at home, made by the “Cornish Italian”, a young Italian chef who also distributes the products in specialized shops.

From sabayon to tiramisu

The origins of tiramisu are shrouded in mystery. There are many theories on this subject and as many texts that try to answer the question: who invented it? The ancestor of the dessert seems to be this sbatudin, an ancestral preparation made from egg yolk whipped with sugar, usually reserved for children and the sick, for a dose of good humor and energy. In the book “La cucina trevigiana” by Giuseppe Maffioli, we read about the Venetian custom of eating sabayon with whipped cream and baicoli, the typical Venetian biscuits. In short, the tiramisu could be an even richer evolution of the sabayon in its different variants, certainly born in the North-East of the Peninsula.

Crumbly and sweet, ladyfingers are the ideal base for tiramisu, light sweets made from 00 soft wheat flour, sugar and eggs, characterized by the classic shape of the fingers. In English, in fact, they are called lady’s fingers, while the Italian name derives from Savoy, the land where they were created at the end of the fourteenth century, at the court of Amedeo VI in honor of a visit from the King of France. In addition to being a typical product of Piedmont, biscuits are an integral part of Sardinian tradition, but on the island they are called pistokeddos.

Inextricably linked to tiramisu, mascarpone is the quintessential Italian pastry cheese. There are now alternative versions of the dessert, with ricotta or other cheese spreads, but mascarpone is still the best option. It is obtained from the acid-thermal coagulation of cream by adding citric acid and with high temperature treatment. The origins of the product date back to the 12th century in the Lodi region: the name derives from mask, dialect word for milk cream.

Tiramisu my way by Hiro

Collect the egg yolks and the sugar in a bowl and work them for a long time with a whisk until the mixture is whitish, puffy and foamy. Mix, one drop at a time, the Marsala and finally mix in the mascarpone, working just enough to have a homogeneous mixture. Whip the egg whites until stiff and mix them delicately with the cream with an up and down motion. Arrange a layer of biscuits at the bottom of a small rectangular baking dish and brush them with coffee, cover them with a quarter of cream and continue with a layer of biscuits soaked in coffee, one with cream, one with biscuits and the last with cream. Sprinkle the surface with the cocoa dropped from a sieve, then seal the mold with plastic wrap and store the cake in the refrigerator for a few hours before serving.