Summer or winter? This is often the dilemma of the traveler when he decides to spend a holiday in the mountains. The province of Sondrio, a mountainous area close to the Swiss border and encompassed by the Rhaetian and Orobic Alps, although it is splendid both in summer and winter, is launching a new proposal: remember to spend at least one
autumn weekend where, between a trekking excursion to admire the splendid colors of the foliage and another to listen to the powerful roar of the deer, visitors can taste and savor a territory rich in food and wine excellence, unique in variety and in quality, for centuries dedicated to agriculture thanks also to the patient but tenacious will of its inhabitants.

An example? The terraced vineyards that characterize the Rhaetian side and which are entirely supported by 2500 km of centuries-old dry stone walls, whose constructive art has been included in the list of intangible heritage of UNESCO. The Wine Route runs along the vine-covered terraces for about 70 km, from Ardenno to Tirano: here, in autumn, it is harvest time and the small producers “climb” along the steep slopes (some call it “heroic viticulture”) to work and harvest the grapes, mainly Nebbiolo, from which the great local wines will be born, first of all the Valtellina Superiore and the Sforzato di Valtellina, both DOCG, without forgetting the Rosso di Valtellina DOC and the Alpi Retiche IGT. A visit to the cellar along the Wine Route to get to know and taste these full-bodied wines is a must, perhaps during a Wine Bike tour, the perfect alliance between sport and gastronomy.

In autumn, the harvest of another local excellence is also over, the apple: from Tirano (from where the famous Bernina Red Train departs) down to Sondrio, in an environment well exposed to the sun, a fruit is born that finds its strengths in its crunchiness, shelf life and good preservation. 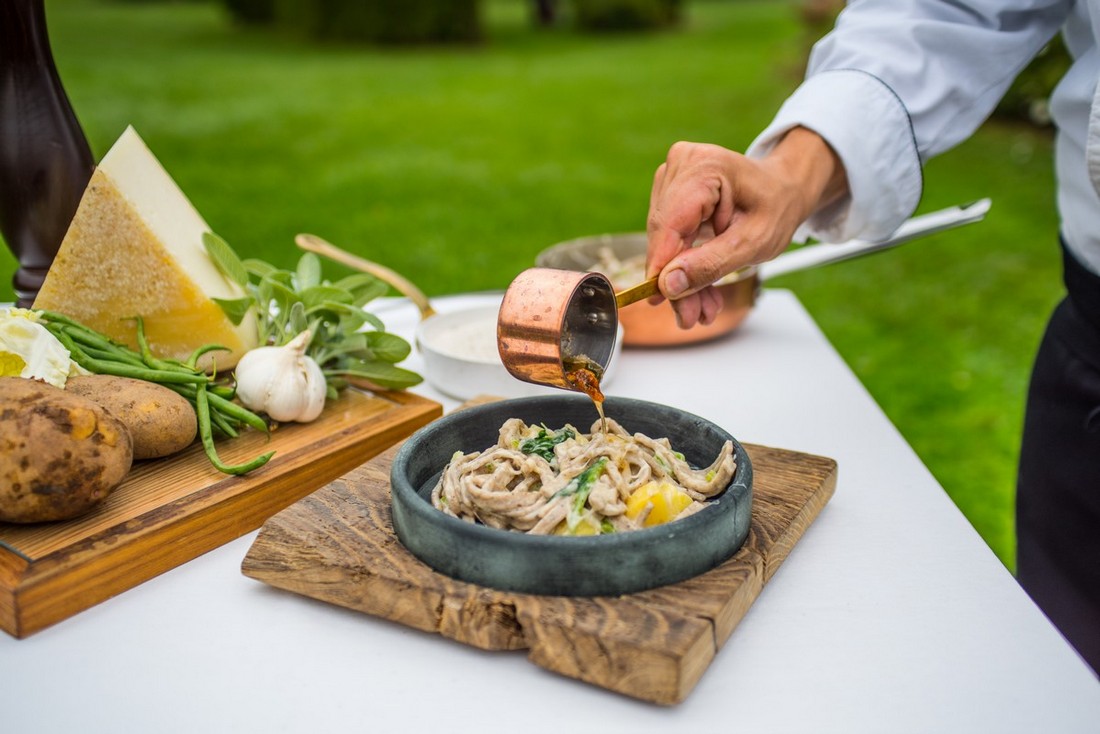 Not far from Tirano is Teglio, the undisputed homeland of Pizzoccheri from Valtellina, main course of the destination and symbol of an ancient culture: these famous buckwheat noodles, and the original recipe, are even protected by the Pizzocchero di Teglio Academy, founded in 1992! And speaking of buckwheat (also used for the preparation of other typical dishes such as sciatt and polenta taragna), around mid-September the locality of tellina offers the spectacle of the flowering of the fields: a walk in the surroundings of these expanses of white flowers, before going to the table, it is absolutely recommended! 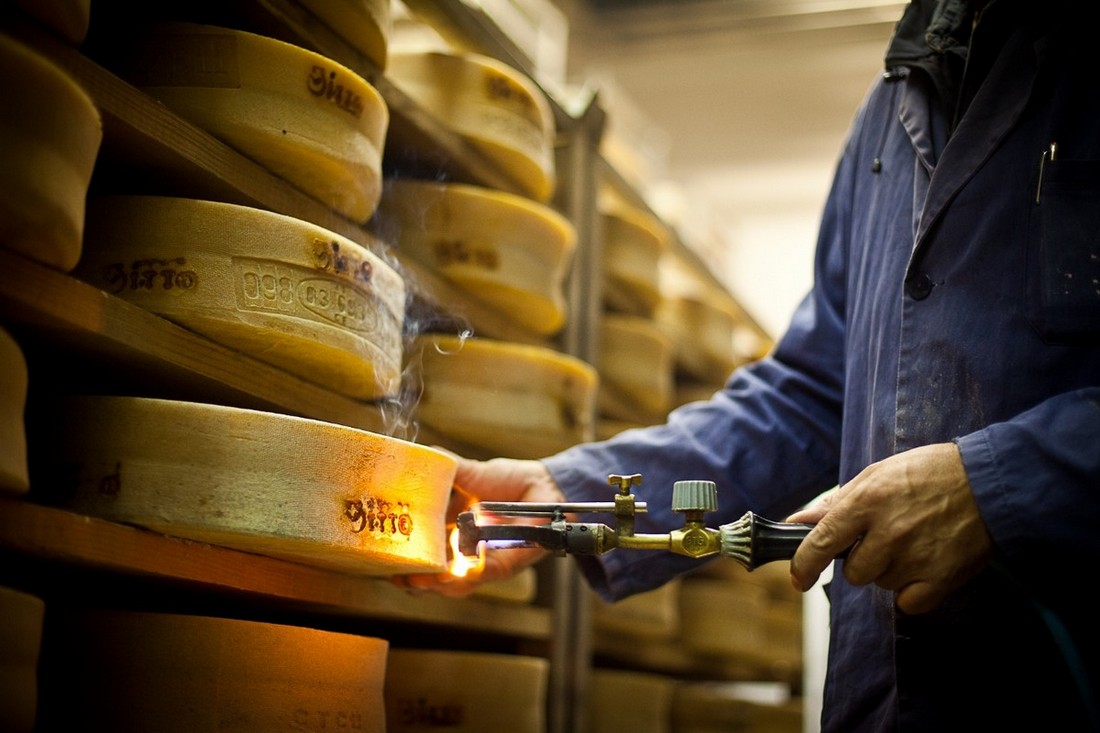 Then the tasting of cheeses produced in mountain pastures during the summer; next to Valtellina Casera and Bitto, both DOP and symbols of the local dairy tradition, there are many others that deserve to be tasted such as Scimudin, a short-lived soft cheese. 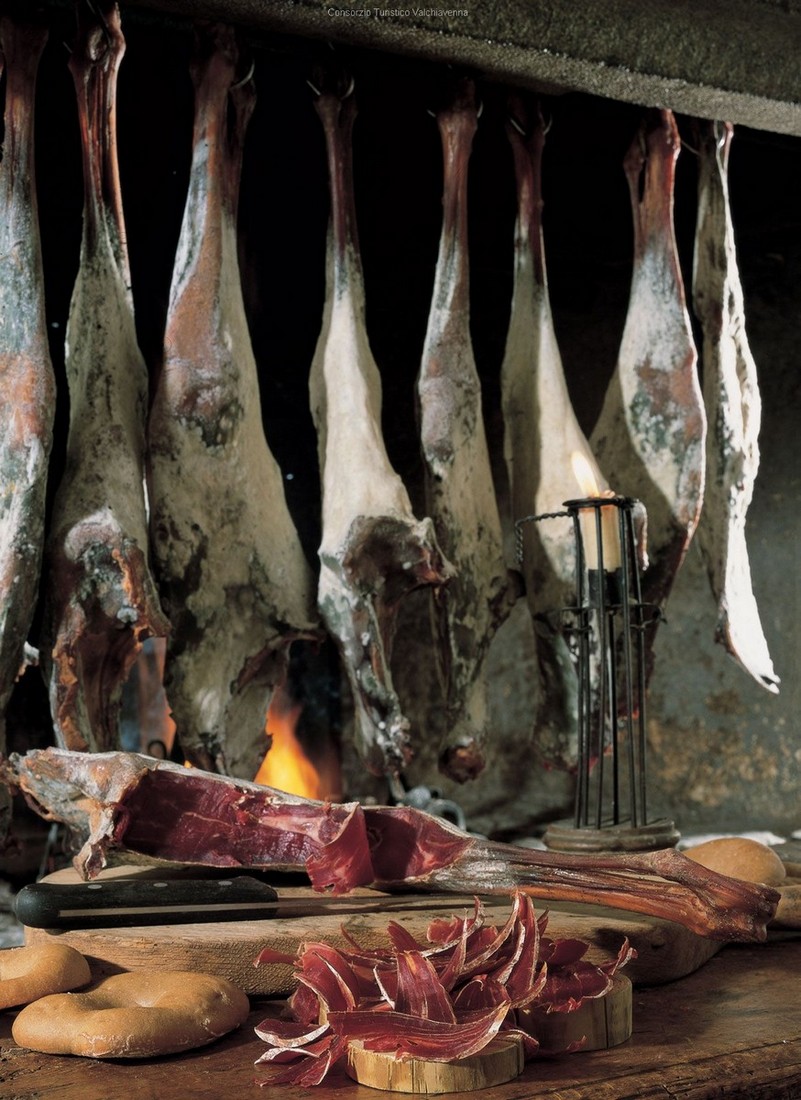 With mountain cheeses, pairing with me delicatessen of the territory: in addition to the Bresaola della Valtellina, now internationally renowned, try the Violin of Capratipico della Valchiavenna, produced with the leg and shoulder of the goat and which is aged and kept in the Crotti, rooms dug into the rock and characterized by the “sorel”, a current of air that blows through natural openings in the rock and keeps the temperature almost constant. Formerly mostly private, many Crotti are now open to the public, especially in early September for the Crotti Festival. 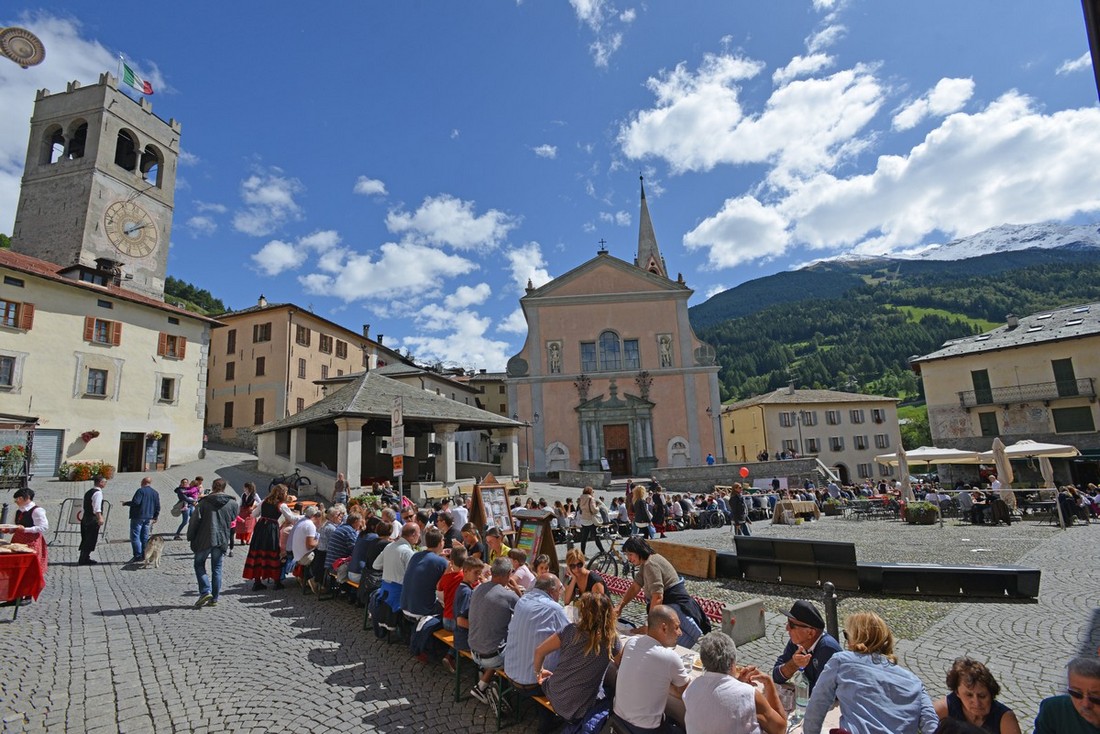 From September and throughout autumn, Valtellina offers a rich calendar of events, one more reason to spend a few days in the mountains of the province of Sondrio.