Meet at Folignoin Umbria, September 29 to October 2 for The first from Italy, a festival that celebrates starters, the excellence of Italian cuisine. This year after the limitations caused by the pandemic, we are finally getting back to normal. With the traditional formula, with distinguished guests, continuous tastings, cooking classes, demonstrations by great chefs, quality culinary productions, but also shows and moments of entertainment.

Culinary marathon with I Primi d’Italia

Pasta, rice, soups, gnocchi, polenta but also the essential food products for creating a tasty first course, protagonists of the most appetizing culinary marathon in Italy. Great expectation for the return of the regional villages of taste, 11, including one completely gluten-free, where you can taste many starter recipes, served non-stop in the suggestive baroque taverns transformed for the occasion into villages of taste . 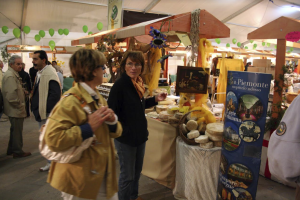 “Among the many events scheduled for this edition of the Primi d’Italia, three significant moments. That of the barracks of General Ferrante Gonzaga del Vodice, a symbolic and fundamental place for the city of Foligno, also from an economic point of view. Then the pasta G20 during which the food and wine journalist Luciano Pignataro will coordinate a meeting to reflect on the state of health of the emblematic Made in Italy product, pasta. Representatives of the most important institutions and companies will participate. And again the return, after years of different regional specialties with eleven villages of taste. The four days of the Primi d’Italia will offer guests who come to Foligno a complete panorama of everything that is linked in one way or another to this world”, he promises. Aldo Amoni, president of Epta Confcommercio Umbria. It is the service company that has always promoted and organized the event.

The preview with Martina Marotta

Before the official start of the event, I Primi d’Italia will offer a large preview dinner. Appointment Wednesday, September 22, at the barracks “General Ferrante Gonzaga del Vodice”, headquarters of the National Center for selection and recruitment of the army. An exceptional place to learn more and pay homage to a fundamental institution for the city of Foligno, also from an economic point of view.

The godmother of the evening will be the actress Martina Marotta. During a Festival dedicated to starters, the great professionals of starred cuisine could certainly not be missing, starting with chef Mauro Uliassi, who will perform in a cooking demonstration in search of perfection (September 29).

At the Santa Caterina Auditorium, other chefs will offer starters accompanied by prestigious wines. There will be Marco Lagrimino of the L’Acciuga restaurant in Perugia (Thursday 29). Erico Recanati of the Andreina restaurant in Loreto (Friday, September 30). And Katia Maccari of I Salotti del Patriarca di Querce al Pino, in Chiusi (Saturday October 1).

Guests from Tempperi to Giorgi

Other well-known personalities from entertainment, sport and culture will be present to receive the I Primi d’Italia award. Prize which will be awarded to: Nicoletta Spagnoli, Eleonora Pieroni, Tiziana Trasciatti and Stefano Chiocchini, Friday 30. Tiberio Tempperidad Enzo Fortunato and the Bartoccini-Fortinfissi Perugia, Saturday October 1st. Eleonora Giorgi and Massimo Martelli, Sunday 2. There will be representatives of the institutions, together with the mayors of the three largest towns in Umbria who will participate in a culinary competition

Compared to the usual program of the event, the twenty-second edition of I Primi d’Italia will also feature special events. In addition to the preview dinner at the Gonzaga barracks, on Friday September 30, at 10 a.m., the G20 of the first “Healthy Pasta” will be held at the City Hotel. Coordinates the food and wine journalist Luciano Pignataro, in which representatives of the institutions and the most important pasta manufacturers will participate. Between Covid and Guerra, the state of health of Italy’s emblematic product after the last harvest. Are we really in danger of not having enough grain to meet the market? And to what extent does the difficulty of supplying raw materials for logistics affect the market? It is also urgent to change the rules imposed by the European Union which has 9 million hectares of land unnecessarily at rest. The opportunity also to take stock of some clichés: is Italian wheat really the best? 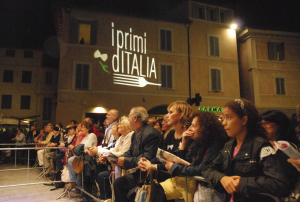 The same day, Barilla evening with midnight spaghetti, garlic, oil and chilli, in Piazza Garibaldi. Saturday 1 October, at 10 p.m. at the San Domenico Auditorium, evening Rice Scotti with cabaret show by Dario Cassini. And with risotto tasting. Finally, Sunday October 2 at 1 p.m., at the Santa Caterina auditorium, lunch with the Buffycats on the occasion of Grandparents Day. Grandmothers are also protagonists with workshops reserved for children and teenagers aged 6 to 11, during which they can play, handle and try their hand at making fresh pasta.

And then more exhibitions and markets with the best creations of Italian crafts and agri-food. From the Pasta Boutique where you can find all kinds of pasta, in Piazza Repubblica, to the Atelier du Goût in Palazzo Trinci. From the Mediterranean specialties of Piazza Matteotti to the street food of Piazza del Grano, to name a few. It is always: cooking show on the Largo Carducci stage, with a rich musical calendar. And free daily entertainment dedicated to taste and pleasure. Workshops at Palazzo Candiotti to learn how to make fresh pasta.